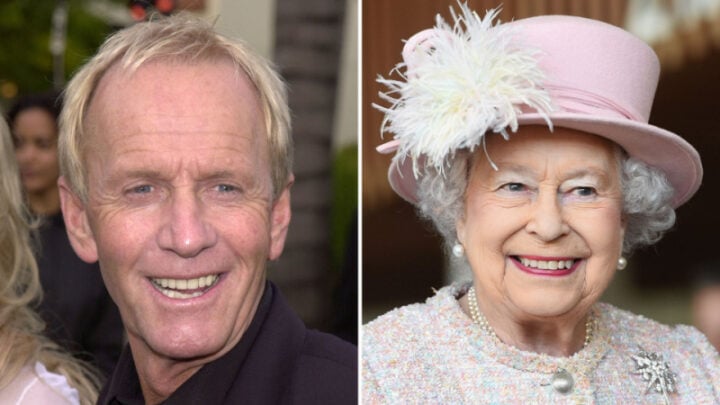 On a fateful night in 1980 at the Sydney Opera House, Australian entertainment icon Paul Hogan made headlines when he greeted Queen Elizabeth donned in a sleeveless flannel shirt, shorts, and footy socks.

Now decades on, Hogan has reflected on the infamous meeting in an interview with A Current Affair where he revealed that he is fond of the photo of his royal encounter, dressed in what he once dubbed his “summer working uniform”.

“I love that shot,” Hogan said.

“I got a lot of flack over that but the Queen didn’t mind.”

Hogan went on to provide some context to the meeting where the Queen demonstrated her humourous side to the Crocodile Dundee star.

“The show we did at the Opera House for entertaining her, part of the thing I did was to pretend to draw the lucky seat prize,” he said.

“I drew two names out, which obviously was the Queen and Philip, and said the prize that they’d won was dinner at my place, and told them how to get there, what bus to catch and all that kind of stuff – was all funny.

“But when I met her, she then leaned over and said, ‘I’m sorry dear, I don’t think we’ll be able to make dinner’, which is great, she’s got a sense of humour.”

Despite recalling the memory fondly, Hogan later spoke of how more recently he has faced a health battle that has left him feeling “feeble”.

The 83-year-old opened up to Tracy Grimshaw regarding his experience with retroperitoneal fibrosis.

According to Healthline, the rare condition “occurs when excess fibrous tissue develops in the space behind your stomach and intestine called the retroperitoneal area”.

“This often causes compression and blockage of the ureters, which are the tubes that carry urine from your kidneys to your bladder,” Healthline explained.

Hogan detailed how the condition and the treatment caused his muscles and body fat to deteriorate, forcing him to rely on his son, Chance, for help.