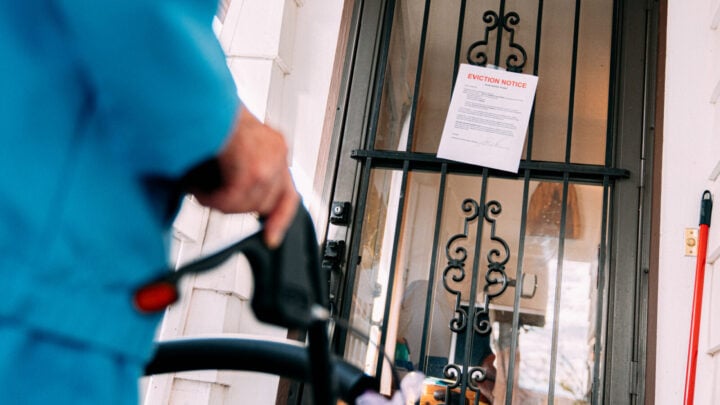 Anglicare Australia recently surveyed 500 older people across Australia as part of their Ageing in Place: Home and Housing for Australia’s Older Renters report and found that the cost of housing is the “biggest barrier to ageing at home”.

Among the many alarming statistics, the report found that for a couple on the age pension, only 1.4 per cent of rental properties were affordable. Of those surveyed, 87 per cent hope to stay in their home as they get older, however, 72 per cent claimed cost was a barrier to being able to age at home.

Only 46 per cent of renters said their home is suitable for an older person.

Anglicare Australia Executive Director Kasy Chambers stressed that “everyone should be able to live life to the fullest as they get older. For most people, that means ageing in their own home”.

“But the housing crisis is locking more and more Australians out of that dream. Almost 70 percent of renters in our survey said that cost is the biggest barrier to ageing at home,” Chambers said.

“Others are worried about security. We interviewed people who were forced to move, accept changes to their lease, and were afraid of being evicted. This is at a time of life when stability is more important than ever.”

Chambers “is calling on all levels of government” to implement much needed change to allow seniors the opportunity to age in their own homes.

“We need reforms to aged care and home care so that renters can make changes to their homes, get the support they need, and stay independent for longer. We’re calling for a new model of leasing that offers longer-term security for older people and protects them from unfair rent increases. And we need a big boost to social housing,” Chamber said.

“Social housing is the most powerful way to keep older people in secure homes, and stop them from going into aged care before they’re ready.

“Older people have told us what they need to age well. Our hope is that governments will listen, and help more Australians to age at home.”

The findings from Anglicare’s survey come as a devastating blow to seniors following an inquiry in New South Wales (NSW) that found that the housing affordability crisis is pushing Australians over 55 into homelessness, stating that the issue will continue to worsen.

The Ageing on the Edge NSW Coalition submitted their inquiry to parliament, stating senior homelessness was already becoming a significant issue before recent global events.

“There is a significant shortage of social and affordable housing across NSW and the current COVID-19 related challenges and bushfires in 2019-20 among other issues exacerbated the demand for affordable housing,” the report read.

“Even before these crises, there was an increase in the experiences of homelessness among older people. From 2011 to 2016, the number of people aged 55 and over experiencing homelessness in NSW increased by 42% (from 4,529 to 6,407).”

The inquiry, which found that more older Australians are having to rent in retirement, said the insecurity seniors are facing could have devastating health impacts.

“With the decline in home ownership among older people, the NSW Intergenerational report indicates that if those who retire without owning a home require social housing at a similar rate to today’s retirees, this would increase demand for social housing by 68,000 households by 2060-61,” the report found.

“The report also highlights that there would also be consequences if this demand is not met, with those on the social housing waiting list typically experiencing acute housing stress.

“The cumulative effect of homelessness, poverty and disadvantage over long periods may result in people experiencing age-related health conditions from as early as 45 years of age.”