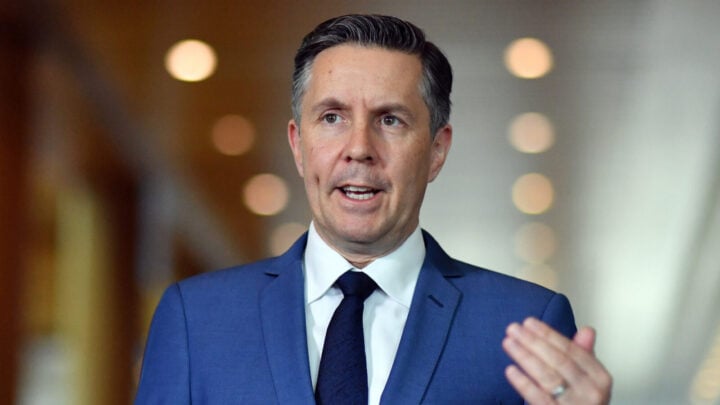 The government announces more medications under the PBS. Source: Getty

The government has announced additional medications will be added to the Pharmaceutical Benefits Scheme (PBS), in a bid to “improve the lives of thousands”, saving Australians millions when they visit the chemist.

From October 1, Australians will have a smaller co-payment fee for PBS medications, saving Aussies over $130 million in out-of-pocket costs.

We’re putting money back in the pockets of Australians thanks to our new and updated medicines on the PBS. We’re delivering $130 million in savings for Australian patients, and almost $930 million for taxpayers. pic.twitter.com/9BzQ0tjEsz

Australians who suffer from conditions such as migraines, psoriatic arthritis, breast cancer, stomach ulcers and bipolar disorder will see a drop in the costs of medications.

The medications added to the PBS to treat a range of conditions will include a number of cancer treatment drugs and the drug mecasermin (Increlex®) to treat a hormone growth condition in children.

Australians who suffer from squamous cell carcinoma of the head and neck will have cheaper access to the immunotherapy drug pembrolizumab (Keytruda®). Sufferers of some bladder and urinary tract cancers will now see Avelumab (Bavencio®)under PBS.

For the first time, Australians will be able to get the drug Decitabine with cedazuridine (Inqovi®) as part of the PBS to treat myelodysplastic syndromes (MDS) and chronic myelomonocytic leukaemia (CMML).

Health and Aged Care Minister Mark Butler said the changes were able to come to fruition through the Government’s Price Disclosure Policy.

“Listing these drugs on the PBS will improve the lives of thousands of Australian patients and their families,” Butler said.

“And we will cut the cost of medications for millions of Australians by reducing the PBS co-payment from the current maximum of $42.50 per script, to a maximum of $30 per script from 1 January 2023.”

The government hopes the 30 per cent drop in medication costs will help to relieve the rising cost of living.

Today we are introducing legislation to cut the cost of general scripts on the PBS by $12.50.

This morning I met Greg, a single parent with a son who has Type 1 Diabetes.

Greg told me our plan to cut the cost of medicine will make a big difference for his family. pic.twitter.com/oQ4muSj979

National President of the Pharmacy Guild of Australia Professor Trent Twomey said the Government’s cut to the cost of medicine is a welcome change for pharmacies and patients around the country.

“Patients continue to tell community pharmacies of the increasing pressures of having to choose between food on the table and medicine for their family,” Twomey said.

“Community pharmacies around the country thank and welcome the action taken by the Government to cut the out-of-pocket cost patients pay for medicines on the PBS.”

Senior Australians will no doubt breathe a sigh of relief following the move, given recent data from the Association of Super Funds of Australia (ASFA) that indicated retirees will now need to spend more in order to retire “comfortably”, with health costs being the main culprit.

ASFA Deputy CEO, Glen McCrea pointed to the “ever increasing health costs” that retirees are faced with as a major contributor to the increased cost of retirement.

“While there is considerable subsidisation of health costs and benefits being paid from private health insurance, out of pocket expenses remain substantial for items such as dental treatment, optical expenses, and gap payments for procedures in hospitals,” McCrea said.