AstraZeneca jab to be phased out: Here’s what it means for you 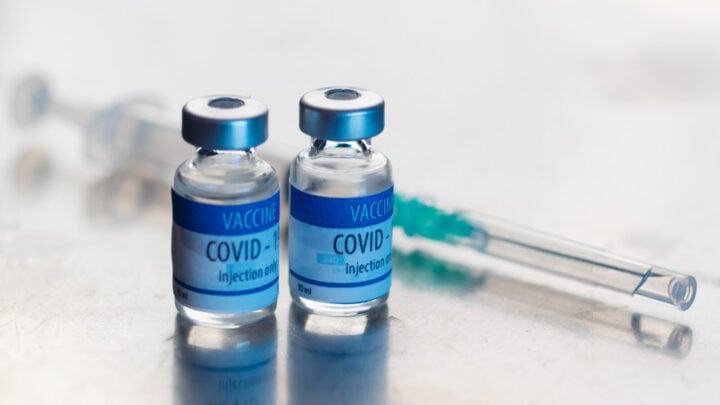 Over-60s are the only age group currently receiving the controversial jab. Source: Getty

The federal government has announced the controversial AstraZeneca Covid-19 jab will be phased out of Australia’s vaccine rollout from October.

The government unveiled an updated six-month plan for the vaccine rollout on Wednesday, outlining how it intended to direct supplies over the rest of the year. Modelling predicts that by October, there will be between 1.7 million and 2.3 million doses of Pfizer available nationwide each week, while a minimum of 430,000 Moderna doses are forecast to be handed out between October and December. Moderna should be available from September depending on approval by the Therapeutic Goods Administration.

AstraZeneca, on the other hand, will still be produced and made available at request. The AstraZeneca vaccine is currently only recommended for people aged 60 years and older. Previously the cut off was 50.

Covid-19 Taskforce Commander Lieutenant General John Frewen said he expected all over-60s to be vaccinated before the end of the year.

“For all of those people and cohorts that AstraZeneca is preferred, we think they will have received their AstraZeneca, before the fourth quarter,” he said on Wednesday afternoon, The Sydney Morning Herald reports.

However, it’s not clear whether those aged 60 and over are just restricted to the AstraZeneca vaccine. When questioned on this in a press conference on Wednesday afternoon, Commodore Eric Young reiterated what was in the modelling report, stating there’s more Pfizer and Moderna doses coming between now and the end of the year.

“I think there’s — and I’ll just cover some of the numbers, I guess, that the Minister has previously covered,” he said. “So we’ve got a million doses of Moderna coming in September at this stage plans with another 9 million or so Moderna by the end of the year. We’ve got more Pfizer coming between now and end of the year and we’re going to continue producing AstraZeneca. There remains a place for AstraZeneca for those of which that remains preferred. And they continue production of that vaccine. We’ll continue to [indistinct] additional options. We’re not only helping ourselves, we’re helping our partners in the region as well.”

Starts at 60 has contacted the Department of Health for further clarification.

The new modelling data comes a week after Australia’s Health Minister Greg Hunt confirmed that the Australian Technical Advisory Group on Immunisation (ATAGI) recommended the AstraZeneca vaccine be administered to people older than 60. People under 60 will now be offered the Pfizer vaccine.

“What we also know is that, for those who are in the 50 to 59 group, it is a change, and we recognise that that does bring some challenges,” he said in a press conference at the time.

“They will now have access to the Pfizer that they do need, and we ask for their patience while the general practices are rolled out.”

Hunt also urged those under-60s who had already received their first dose of AstraZeneca to proceed with the second dose.

The AstraZeneca jab has copped a bad rap in recent months, due to blood clot fears. In April, the Australian Technical Advisory Group on Immunisation (ATAGI) confirmed that the vaccine may cause extremely rare but potentially deadly blood clots. As a result, the Australian government said all people under 50 would be offered the Pfizer vaccine.

A few days earlier, the European Medicines Agency (EMA) found a possible link between AstraZeneca’s Covid-19 vaccine and rare blood-clotting issues in adults but concluded the risk of dying from Covid-19 is far greater than dying from complications caused by the vaccine.

Will you be getting vaccinated against Covid-19? Have you received your jab yet?