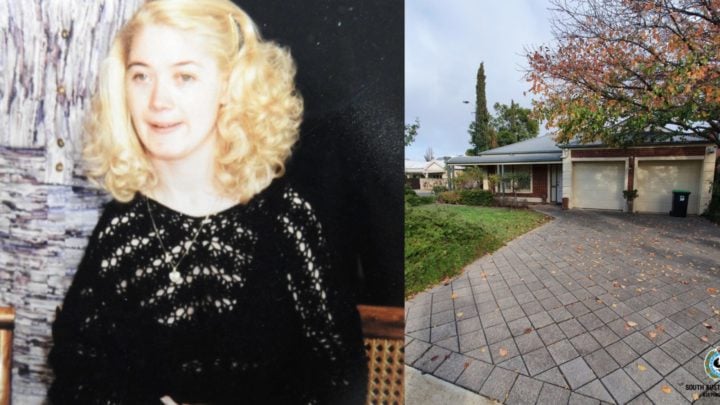 Ann Marie Smith (pictured) tragically died in April and an investigation has since been launched. Source: SA Police

Police investigating the death of Adelaide woman Ann Marie Smith are now looking into the disappearance of a “large inheritance” from her bank account, it has been revealed.

South Australia Police confirmed the development on Saturday and disclosed that investigators have uncovered a number of financial irregularities in the case, including two loans taken out in Smith’s name over the past six years totalling $70,000. Major Crime investigating officer, Detective Senior Sergeant Phil Neagle, said because of her physical disability, it was “most unlikely’’ she would have obtained the loans without assistance from another person.

“They were significant loans. We know she did not travel or buy a new car after they were taken out, but the money is now gone,’’ he said in a statement. “It is a large amount, a lot of money. That line of inquiry is in its infancy, but an excessive amount of money seems to have been withdrawn in recent years.

“Ann may well have spent some of the money herself, but we are now trying to ascertain how much and if any has been removed unlawfully from her account and where it went.’’

SA Police acknowledged some of the monies would have been used for day to day expenses however the larger sums could not be accounted for.

Smith, who suffered from cerebral palsy, passed away in April after being admitted to the Royal Adelaide Hospital with severe ulcerated and infected tissue and other serious illnesses that had developed whilst she was being cared for in her own home. The 54-year-old’s cause of death was identified as profound septic shock, multiple organ failure from severe pressure sores and cerebral palsy, while she had also suffered from malnutrition.

After being made aware of the shocking situation, investigators from SA Police attended Ann’s home in the Adelaide suburb of Kensington Park and found her living conditions to be unacceptable. An investigation has since been launched as a result of a complaint made to the Health and Community Services Complaints Commissioner about the level of care provided to Ann.

“Ann lived alone and had a full-time carer and was unable to walk or take care of herself,” Detective Superintendent Des Bray said. “Despite living in a nice house, Ann died in disgusting and degrading circumstances. This is a tragic case.”