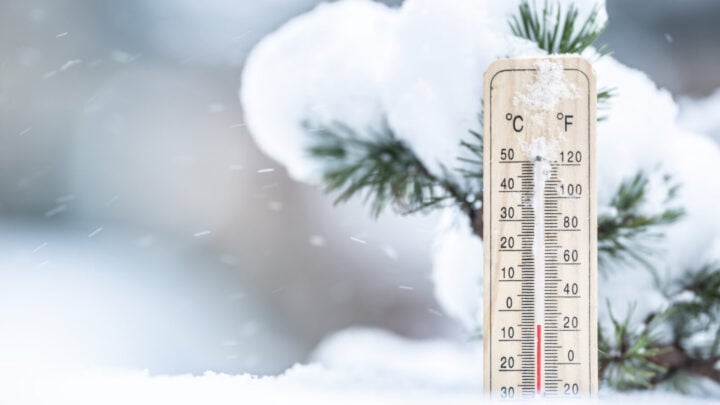 Temperatures are expected to reach lows not experienced in decades. Source: Getty Images.

South-East Australian residents are being warned to “rug up” as a strong cold front sweeps the country causing temperatures to plummet.

Weatherzone warned that “a conveyor belt of cold fronts will maintain bitterly cold, wet and windy weather over southeastern Australia throughout the 2nd week of winter”.

“Australia’s southeastern states have been stuck in a pattern of frequent cold fronts since the end of May, keeping temperatures a few degrees below average on most days this past week,” Weatherzone said.

“This spell of wintry weather now looks likely to continue for at least another week.”

A conveyor belt of cold fronts will maintain bitterly cold, wet and windy weather over southeastern Australia throughout the second week of #winter.

The Bureau of Meteorology (BOM) attributed the drastic drop in temperature to “a strong cold front and associated low pressure system”.

“The main impacts will be strong to damaging winds, low-level snow, below-average temperatures, and showers,” the Bureau said.

“Residents of south-east South Australia, Victoria, Tasmania and eastern New South Wales and parts of southern Queensland will be impacted by this system.”

BOM also claimed that “maximum temperatures will remain below average” with the strong winds contributing to the cold conditions making it feel colder than it actually is.

Cold, windy and snowy weather will continue for southeast Australia – especially in #Tas– for the rest of the week. pic.twitter.com/iJNpL2GMOz

Brisbane is set to drop to 6ºC on Friday, June 10 with maximum temperatures of 18 to 19ºC across the weekend. According to Weatherzone, Brisbane has not seen temperatures this cold since 1904.

Melbourne will experience its coldest since 1982 with maximum temperatures only reaching 11 to 13ºC. Sydney will also break temperature records with its coldest days since 1989 with lows of 6 to 7ºC and a maximum of 15 to 17ºC for the remainder of the weekend.

Canberra and Adelaide will experience some of the coldest mornings with Canberra dropping to a freezing 0ºC to 3ºC. Adelaide has not been spared from the chilly starts with temperatures dropping to single digits in the morning with a maximum morning temperature of 9ºC with the mercury rising to 15ºC later in the day.

Residents of Hobart will need to keep the heater going throughout the day with maximum temperatures reaching between 9 to 11ºC.

The cold front isn’t all bad news, however, with the icy conditions making for a great start to the ski season in the Alpine regions.

“Snow has been observed at lower-elevation locations, including Mt Macedon, Trentham and Ballarat in Victoria and Oberon, Bathurst and Lithgow in NSW. Snow also fell on the Brindabellas near Canberra,” BOM said.

“Snowfalls of 20-30 cm were observed at some of the Alpine ski resorts into Wednesday morning including at Mt Hotham, Thredbo and Perisher, although the winds have led to blizzard conditions.”

BOM recommends communities stay up to date with the latest weather warnings via the Bureau’s website and BOM Weather app.