‘A big middle finger to stereotypes’: Over 60s share the ageist cliches they flip to work in their favour 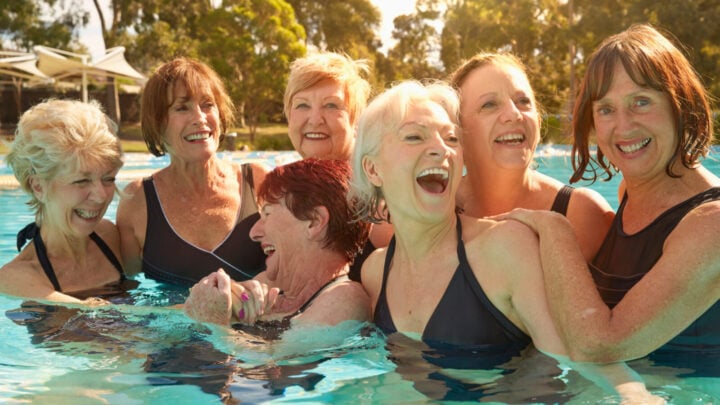 One group of over 60s is not only embracing their golden years but having a little fun with it. Source: Getty Images.

There is a certain power that comes with embracing one’s age, whether it be relishing the wisdom you’ve attained in your golden years or the joy that comes with a lifetime of memorable experiences.

One group of over 60s is not only embracing their golden years but having a little fun with it at the same time by taking ageist stereotypes and flipping them on their head to work in their favour.

Taking to the online Reddit community Ask Old People, seniors humorously shared the aspects of ageing that often get a bad rap but which they secretly love, such as jumping into bed early or no longing caring what other people think.

“I embrace naps! A nice nap rejuvenates me. I don’t like young people calling me sweetie or dear,” one user wrote.

One over 60 found joy in spending time with themselves and doing what they want, guilt-free.

“I like being alone / being invisible. No one cares where I am or what I do all day. I’m not expected to be social or to volunteer. I get to spend my time doing just exactly what I want to do, without guilt,” they revealed.

“Going to bed early is my jam! If you skip or have a light lunch, the 4pm Early Bird dinner slaps.”

Another user revealed their willingness to embrace an early dinner to not only avoid the crowds but to also save a few dollars.

“We love going to dinner at Old People Time or “OPT”, which is before 6…it is usually not busy, early bird specials, and we get outta there and home before the crazy starts with overworked waitstaff and kitchens that cant keep up because they’re understaffed. We are in our 50’s and cool with not being part of the late nights,” they wrote.

Accepting themselves and not giving any consideration to what others thought was something one user had fully embraced in old age.

“Part of getting older, for me, is giving a big middle finger to stereotypes in general. Not giving a fuck what other people expect of someone my age. I am me, just older with a bad back,” they said.

Other responses from over 60s ranged from feeling they can regularly complain, telling the same stories again and again to embracing the joy of a perfect looking lawn.

“I’ve embraced going to bed early, day drinking, not doing things I don’t want to do, and my chubbiness.”

“I embrace not being able to pronounce words and then just being able to shrug it off. I’ve been like this all my life, and getting old gives me an excuse.”

“My husband and I are having a great time with growing older. We really laugh at each other, and ourselves,” revealed one user.

“When we were growing up we remember that our grandparents always had pound cake, or sometimes angel food cake on their table all the time. Now we know why. There’s so many foods we have to give up as we age. Pound cake is pretty safe, we assume.”

“A beautiful lawn isn’t just science, it’s an art. Get your dirty yezees off my lawn. I embrace this stereotype.”

“Walking around with reading glasses hanging from my neck.”

“I tell the same stories over and over again, annoys everyone!!!!!”

“Old people complain about shit. Yes, we do and I love it. Talking shit about how screwed up things are is sublime.”

Although these seniors are fully embracing their older age and having a little bit of fun with some of the stereotypes that are often associated with getting older, ageist beliefs and attitudes can have a considerable negative impact on those who experience it.

Ageism Awareness Day ambassador Monica Trapaga is all too familiar with ageism and holds the firm belief that the issue needs to be addressed more thoroughly.

EveryAGE Counts Campaign Director Marlene Krasovitsky explained that “constructive action” against ageism is desperately needed to help those who feel powerless when met with ageist attitudes and beliefs.