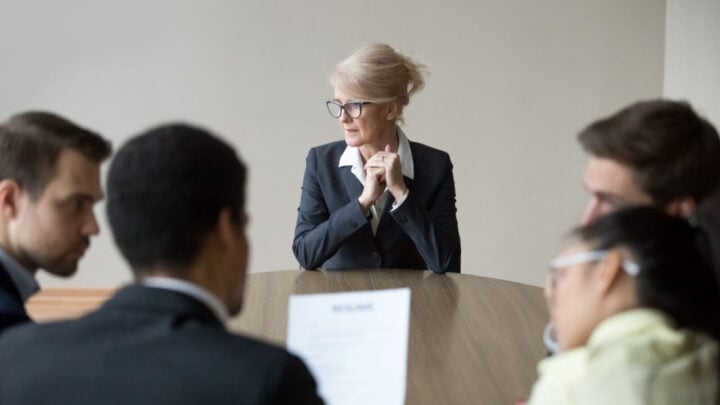 45 per cent of Australians over 50 say they have experienced ageism. Source: Getty Images.

Within the last few months, Australia and the world have taken time to recognise the valuable contribution seniors offer to the community through events such as International Day of Older Persons, Ageism Awareness Day and Queensland Seniors Month.

Although awareness activities such as these are necessary in order to celebrate the value those in their golden years offer it’s also an important opportunity to raise awareness regarding issues impacting seniors, particularly ageism which has fast become the most commonly accepted form of prejudice across the globe.

Ageism Awareness Day ambassador Monica Trapaga is all too familiar with the scourge of ageism and holds the firm belief that the issue needs to be addressed more extensively.

EveryAGE Counts Campaign Director Marlene Krasovitsky explained that “constructive action” against ageism is desperately needed to assist those who have been left feeling powerless after encountering ageist attitudes and beliefs.

With figures indicating that a significant number of older Australians have not taken action against ageism and in some instances have been uncertain as to whether they were being faced with such discriminatory behaviour, Starts at 60 spoke with the experts to gather insight on how best to recognise the telltale signs of ageism and the most effective methods to overcome and “speak out against ageist comments or behaviours”.

“Ageism is experienced in different ways by different people and groups in the community. There is a lot more ageism in Australia than most people realise.”

Hunter Leonard, who has authored three books on mature-age work and business ownership and whose business – Silver & Wise – has collaborated with a number of organisations to end ageism, spoke of some of the different ways older Australians may face ageism.

“Removal of support and opportunities in their work if working,” Leonard explained

“Deeply entrenched ageist language at work, in the community and amongst peers , for instance mature women have long been invisible in our media except in negative depictions.

“Lack of job opportunities – people over 50 take twice as long to find a new job than other ages.”

Lange points out that forms of prejudice such as these can have “profound impacts on people’s wellbeing, social inclusion, and equality.”

In order to avoid such negative consequences that can be triggered by ageist attitudes, Lange stresses the importance of knowing your rights and speaking out against ageism.

“Recognise instances of ageism, especially those that are not obvious. People may not be aware that their actions are negatively affecting an older person,” Lange said.

“Explain why it is unacceptable when you encounter it. Speak out, politely but firmly that you believe you are being discriminated against.”

Lange also spoke of the “intergenerational initiatives” and “interventions” that are currently working to put a stop to prejudice behaviours and attitudes.

“According to the Australian Human Rights Commission study, forming relationships with people of all ages can help break down stereotypes,” she said

“Education and intergenerational initiatives are effective in reducing ageism.

Leonard also believes calling out ageism is key to addressing the issue and feels a “little conflict is needed”  when older Australians are met with ageist attitudes.

“No meek, careful approach will change embedded ageism sometimes – it has to be called out,” he said.

In addition to calling out ageism and educating people about ageist attitudes and beliefs, Lange stresses that “we must continue to explore opportunities to reset a conversation around ageism: who experiences it and to what extent, the forms it takes and what can be done to counter it.”