The Budget and Over-60s: nothing big for the wealthy or the old this year 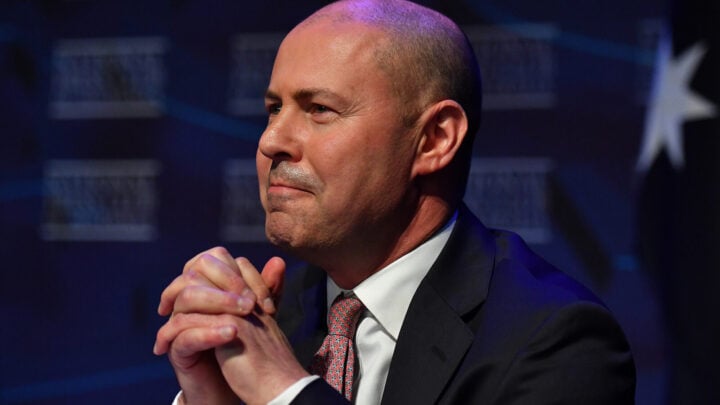 The 2022 Federal Budget was a budget for almost everyone, just specifically not the old or the wealthy!  In items worth noting for over-60s we saw short term fuel price relief for the everyday taxpayer, a small cash bonus for pensioners and Centrelink recipients, and a new and welcome change for retirees with account-based pensions.

It’s not much, but it might just provide a little space for Australians in their 60s and beyond as they grapple with some of the most unprecedented economic times in decades. Could they have done more?  Sure … if they stepped into the oncoming train of inflation!  But ‘would it help them win the election?’ which is clearly the modus operandi of the 2022 Budget.

We take a deeper look at how over-60s will benefit directly and indirectly from the 2022 budget.

The $250 cash splash for Pensioners and Centrelink recipients

First, and at the most obvious end was a small but pleasant $250 per person cash splash to ease the cost of living rises for Centrelink recipients. Approximately 6 million Centrelink recipients, including Pensioners, will enjoy the $250 cash handout as a result of the budget, to be paid within weeks.

The Government really decided to pour the bulk of their investment into taxpayers earning under $126,000, offering a one-off tax offset of $420 – in addition to the existing $1080 offset called the low and middle income tax offset (LMITO).  It will be paid when they file their tax return this year – before it is phased out next year.

A cut to the fuel excise that will benefit every driver

The Government announced a well-predicted reduction to the fuel excise that will last 6 months.  All consumers who drive will enjoy the temporary cut to the fuel excise designed to  ease petrol prices by approximately 22c per litre from midnight on budget night.  The excise reduces the total excise charged by the Government by 50% and this discount will remain in place for approximately 6 months, a short term measure to try and counteract cost of living rises caused by petrol prices but not drive up inflation. Despite the immediacy of the move, it is expected to take approximately 2 weeks for the discounts to be seen in bowser prices.

And a welcome change for self-funded retirees

The Government also announced some welcome relief for retirees that are using their superannuation to fund retirement living expenses.  The change particularly relates to retirees with account based pension accounts but other superannuation products also that would normally require drawdowns.

Under current rules, retirees are required to draw a minimum amount from their pension accounts annually. For example, someone between age 65 and 74 is required to draw a minimum pension equal to 5% of their pension account balance as at the end of the previous financial year end. The minimum drawdown rate increases with age, such that someone between 75 to 79 has to draw at least 6% per annum.

“This is a welcome change given the current low-interest rate climate and volatility in investment markets and will assist to preserve superannuation capital for longer for Australians receiving superannuation pensions,” said John McIlroy, Director of Crystal Wealth Partners.

The Pharmaceutical Benefits Scheme safety net threshold will be reduced for more than 2.4 million people.

“Australians will need fewer scripts before they are eligible for free or further discounted medicines,” the Treasurer said.

The government has approved more than 2,800 new or amended medications for subsidy under the Pharmaceutical Benefits Scheme.

One sizeable example was the approval of Trodelvy, a treatment for a rare type of breast cancer, which will be funded by the PBS, saving patients up to $80,000.

Aged care, home care left out, or handled very quietly, with the government deflecting to commitments made in 2021

We all know that the 2021 budget was big for aged care and home care, on the back of the Royal Commission into Aged Care Quality and Safety.  Despite being 1 year into a five-year program of $17.7 billion in investment, the industry still suffers vocally, with staff shortages, low wages and untrained staff.  The government has committed to $49.5M in training for aged care workers but little else this year for an industry that’s critical to serving ageing populations.

All in all, this was not a budget specifically designed to address the problems or needs of older generations or the wealthy. The 28% of the population that sits over 55 in Australia will largely only benefit if they are a pensioner, and that’s only 20-30% of the population. For the rest, you need to drive a car or pay taxes to really see any impact on your hip pocket in the year ahead.

Will it be enough to keep Scott Morrison in power or did he forget or neglect his primary voters?