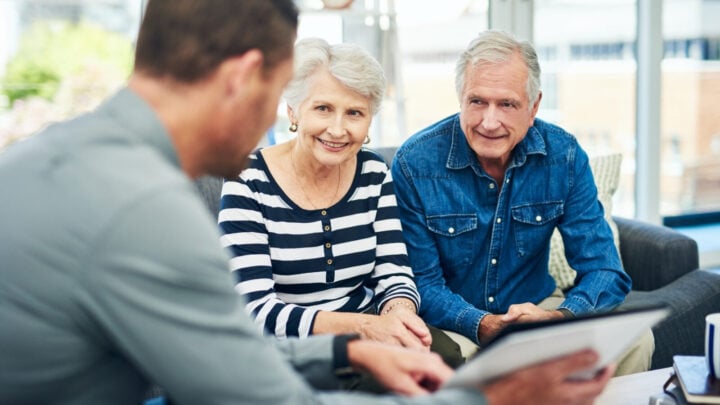 Old-fashioned customer service -- where a business takes the time to find out what you want, assesses what you need, and works to your budget -- can have a significant impact on how much householders can reduce their energy bills. Image source: Getty

There’s something to be said for the generations who lived through periods where money was scarce because they knew the skill required for stretching their income. It was their inventiveness and innovation that got families through the Great Depression and rationing.

Growing up in the 1950s and ‘60s, there are likely to be memories of large yards with gardens abundant with fruit and vegetables, which helped when there wasn’t enough money to buy groceries; you’ll have learned the basic – but essential – skills of cooking from scratch; and the idea of throwing out something that could be fixed or repurposed was almost forbidden.

It’s those old-fashioned skills that have enormous potential for saving you money, despite today’s focus on creature comforts and must-have modern technology.

As many over-60s struggle with their finances, turning to these old-school money-saving remedies could be just what’s required, especially when it comes to your energy bill.

No one likes bill shock, so as we head into the warmer months, here are five energy- and money-saving tips from a bygone era.

1. Switch off lights and appliances when not in use

It sounds obvious, but one of the simplest ways you can reduce your energy bill is to reduce the total amount of energy you are using.

Any electrical appliance left on standby such as a lamps, television, computer or kitchen appliance will consume electricity. It may not seem like much, but if you leave multiple appliances on standby it adds up. Aim to fully switch off any devices and/or appliances when not in use.

If you get into the habit of switching things off when they aren’t in use, including lights around the house, you’ll improve your energy savings.

2. Take advantage of the sun

If there’s one thing we have a lot of in Australia, it’s sunlight. According to data from the Bureau of Meteorology, the average sunlight hours across each capital city is between 5.93 hours and 8.8 hours so why not make the most of the good weather?

The clothes dryer is one of the greediest appliances in your home. According to Canstar, a basic vented clothes dryer will cost you between 94 cents and $1.17 per cycle based on standing offer electricity rates. If you’re using your dryer multiple times a week, the energy costs associated with your laundry can really start to add up.

Hanging your washing on an outside line in fine weather (and on clothes racks under cover when it’s wet) takes just a few minutes and can save you hundreds of dollars a year.

3. Get smart with your appliance upgrades

When shopping for new appliances consider longevity as well as price. The Department of Environment and Energy also recommends you look for energy efficiency, which could lead to considerable savings on your energy bill. If you have a ‘big ticket item’ that needs replacing, such as an electric hot water system, consider upgrading to a solar hot water system.

Solar water heaters, heat pumps and solar power systems are great for the environment, and in Australia the Government’s Small-scale Renewable Energy Scheme offers you generous incentives to make the switch.

You have a better understanding of the concept of ‘value for money’ thanks to the lessons you learned growing up. Years ago, purchases were made sensibly so the investment would last for years.

You are investing your money in products that are designed for Australia’s harsh conditions because they are built to last.

Before we were saturated with new technology that revolutionised the way we shopped, the best customer service was face-to-face. It was human and it was personal.

Business owners and their employees knew you by name and weren’t afraid to look you in the eye when talking with you. They would actively listen to your needs and go the extra mile to ensure you walked away happy and satisfied.

A lot has changed since then, but for Australian company Solahart, good old-fashioned customer service is at the forefront of everything they do. With nearly 70 years as Australia’s solar energy experts, they value a real human connection and the trust, respect and loyalty that comes with it.

With local dealers throughout Australia, Solahart is an established name in solar. Having installed more than 1 million solar hot water systems and over 600,000 solar power panels across the country, they also know how challenging choosing the right solar system can be.

To ensure you get the best solar solution to suit your personal circumstances, Solahart’s free solar assessment means one of their qualified experts will meet you at home to discuss and understand your needs, evaluate the site, and provide you with the best options for your budget.

The company has an unparalleled reputation when it comes to quality and efficiency and is one of the few providers in Australia to offer a full range of solar products with a trusted warranty.

Not only will old-fashioned face-to-face customer service save you money on your energy bill, but if you join Solahart and switch to solar power, solar hot water or battery storage you could enjoy interest free finance options and a further VIP $200 discount* on top of any other offer. Click here to download your free $200 discount coupon or check your energy savings and find out more about the range of solar products here.

*$200 VIP point of sale discount is limited to one per household. You must hand your voucher over to your local dealer to claim. Offer ends 30/11/2021.

Take control of your energy bills with Solahart

What old-fashioned tips do you have for saving money on your energy bills?