Your daily retirement budget: How much can retirees afford to spend? 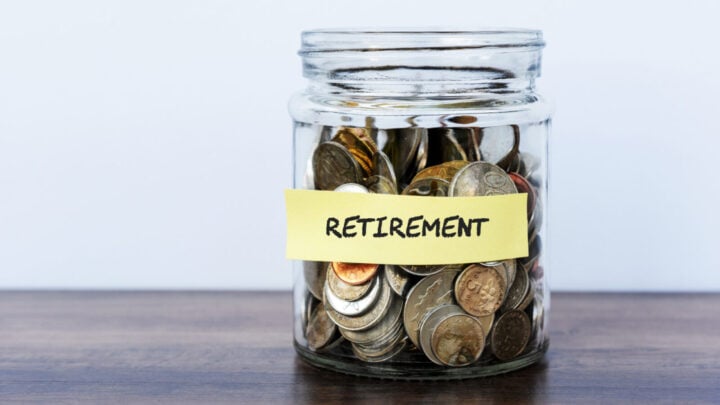 A recent study from the University of South Australia found that 31 per cent of older Australians feel insecure regarding their financial future. Source: Getty Images.

With Australia’s older population growing and those in retirement living longer than ever before, many seniors are spending a considerably longer portion of their lives enjoying the post-work years. However, with a longer retirement period comes a serious concern about how much retirees can afford to withdraw from their retirement savings and how much to spend day to day in order to enjoy a comfortable retirement.

Although retirees have worked hard for a lifetime to enjoy their golden years, one of the major challenges they face is budgeting for how much of their savings they can afford to spend. Tightening the purse strings and spending too little may result in a less than enjoyable retirement. However, spend too much and seniors run the risk of running out of money later in retirement.

Alarmingly, a recent study from the University of South Australia found that 31 per cent of older Australians (aged over 55 years) feel insecure regarding their financial future.

University of South Australia’s Dr Braam Lowies, who led the research, said the report indicated older Australians who are still currently working are at risk of financial insecurity and need to improve their financial capabilities before they retire.

“Older Australians are disproportionately vulnerable to the financial consequences of COVID-19 and as a society, we need to recognise and address this,” Lowies said.

“While many pre-retirees are uncertain about their financial situation, women are particularly at risk with nearly a quarter indicating that they felt worried about making mistakes relating to investments, and 20 per cent saying that they felt nervous about planning financially for their retirement.”

A recent survey conducted by Chillur found that only 33 per cent of those over 65 stick to a strict budget, of the 1008 Australians surveyed, adding more fuel to the fire as to what steps retirees need to take in order to ensure their finances go the distance.

In an attempt to ease the concerns of retirees regarding their retirement and their financial future, Starts at 60 examined the major daily expenses that over 60s need to consider when they retire, and how the cost of living will impact their daily budget while consulting Founder & Financial Planner of AJ Financial Planning, Alex Jamieson to find out how retirees can best navigate this financial minefield.

What are the major expenses retirees need to consider?

While no two individuals will have the same spending habits and what a comfortable retirement looks like will vary from person to person, the Association of Superannuation Funds of Australia (ASFA) defines a comfortable retirement as a retirement standard that “allows retirees to maintain a good standard of living in their post work years. It accounts for daily essentials, such as groceries, transport and home repairs, as well as private health insurance, a range of exercise and leisure activities and the occasional restaurant meal. Importantly it enables retirees to remain connected to family and friends virtually – through technology, and in person with an annual domestic trip and an international trip once every seven years.”

But, what does this look like from a day-to-day perspective and what should seniors be spending on groceries compared to leisure activities in order to not only enjoy their retirement but make sure their savings go the distance? Fortunately, ASFA has done the hard work for retirees by putting together an itemised budget for various households and living standards for those around the age of 65.

These figures have increased from the previous quarter after taking into account the rising cost of living, with retirees now forced to adjust their spending habits due to price increases on everyday items.

The rising cost of living has hit the hip pocket of all Australians hard, but alarmingly as recent findings from the ASFA suggest, pensioners are among the hardest hit with retirees now needing to spend more to retire comfortably.

As mentioned above, the ASFA Retirement Standard March quarter 2022 figures released on June 2 indicated that couples aged around 65 who want a comfortable retirement now need to spend $65,445 per year and singles $46,494, up by 1.0 per cent and 1.2 per cent respectively on the previous quarter.

In a statement, ASFA Deputy CEO, Glen McCrea said although “this is marginally smaller than the annual inflation impact of 5.1 per cent for wage earners, the reality is that retirees are doing it tough too”.

Retirement budgets for those aged around 85 were up by 1.2 per cent from the previous quarter. Although older retiree budgets were not directly affected by the recent increase in petrol prices, they faced other increases in costs including food and medical costs.

McCrea told Today that “the inflation genie is really out of the bottle now” and retirees will need to look at where they can make spending cuts in order to get by.

“For a couple to have a comfortable retirement, that means you can have a meal at the club, you can fix your car, you are not having regular holidays all the time – but that’s the base level we are looking at,” he said.

“This means unavoidable price increases on goods and services such as food, petrol and health costs,” he said.

“It’s critical that future retirees are able to build sufficient retirement savings to ensure they can have dignity, health, vitality and connection in retirement.”

Given these increasing financial pressures, it is imperative that retirees and those soon to retire look at where they can cut costs and how they can make their money last longer to guarantee not only a financially secure retirement but also an enjoyable one.

What can retirees do to weather the financial storm?

Although the economic outlook may appear grim right now and retirees may be feeling a sense of trepidation regarding their retirement plans, Founder & Financial Planner of AJ Financial Planning, Alex Jamieson sat down with Starts at 60 to offer pertinent advice on how best retirees’ finances can provide a comfortable retirement during these uncertain times.

Jamieson said, “for a lot of retirees the main issues around daily expenses are medical costs as they steadily increase as one gets older and the cost of food and utilities increases over time.”

“Currently retirees are under a fair bit of pressure with super fund balances declining and costs going up.  It is important that spending on large unnecessary projects, trips or items be delayed until the markets have had a chance to recover.

“For a lot of people retirement will be a compromise on living costs and what one can do.  The large majority of people arrive at retirement underfunded and do not recognise the true costs and the length of this period.”

Despite the financial doom and gloom, Jamieson suggests that “a budget is a good starting point to get a financial perspective on where you sit”.

“However, if you are living a fairly modest lifestyle there is only so much you can cut out before it gets’ too challenging’. If one is facing some of these difficult situations, it may mean they need to reconsider alternative options to put them on a more sustainable pathway forwards such as downsizing the home or moving to a cheaper rental property etc,” he said.

Jamieson suggests remaining adaptive in regards to a budget and to remain aware of how a budget will need to change with the rising cost of living.

“I think with the budget after the basic information is loaded in it is thinking about how this budget will change as the cost of living increases and if there is enough of a buffer or savings each year to cover these changes in living costs.  If you are already on the edge with the costs today, the situation is likely to only get worse as time progresses forwards and costs go up,” he said.