Keep calm or cash out? What the GFC taught us about shares in a crisis 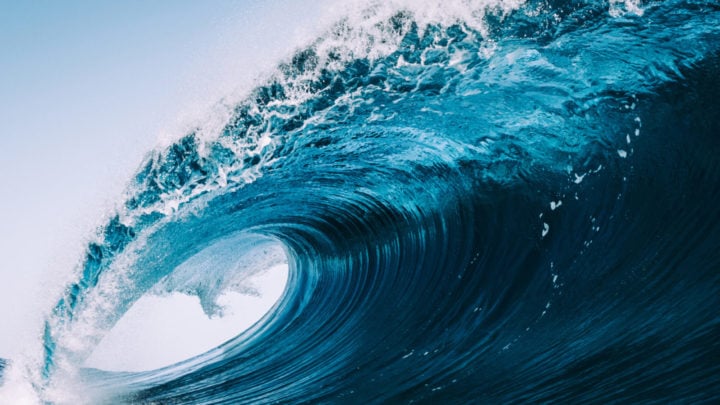 Many investors have been left wondering whether they should be selling or simply riding out the wave until the market settles down again. Source: Getty.

Many people have been expressing concerns about the impact of Covid-19 on their investments and superannuation. There has been a wide range of opinions expressed and articles written providing, in my view, more confusing white noise than helpful counsel.

It is good to seek expert opinion and advice but you must be aware that the level of uncertainty in relation to the short-, medium- and long-term impact of the virus is extremely high. Even with the very best of intentions, the pundits and the experts are just guessing where this may lead and when and how long it will take for financial markets to recover. They don’t actually know!

Also, there is significant disagreement amongst these experts. There are just as many saying it is a great time to get into the market as there are saying you should be getting out of the market as it has much further to fall. So, whose guess will you choose?

What the experts have predicted so far

The first thing to consider is that the world’s best medical expertise was not able to accurately predict the course of this virus either at a local or global level. Initial estimates of the number of infections and deaths appear to have been way too pessimistic, although the actual numbers are still concerning.

Also, different countries and economies are attempting to manage the pandemic in different ways. As a result, some economies will be less impacted and will recover sooner than others. It will not be simply a matter of the entire global economy coming out of the crisis in lockstep.

But you must remember that like everyone else, the IMF are still guessing (maybe in an educated fashion?) as they don’t know for certain when normal social and economic activity will be re-established after we have all been released from lockdown.

A further issue to consider is that whilst I strongly believe that there will be a recovery from the crisis, it is likely that many private and public businesses will suffer significant damage and some may not survive or will need some form of life support (e.g. Virgin). Also, we will have a great pile of extra government debt and it is likely taxes will need to be increased to repay this debt. This could take quite a long time to achieve. Forget balanced budgets for a long while.

It will also not have escaped your attention that after very substantial falls in the early stages of the crisis, many share markets have made at least partial recoveries.

So, what does all this mean in terms of deciding how you manage your investments and your superannuation? Many people have been asking – should I sell all my shares and all my other risky investments and convert into cash and wait until the whole thing is over?

No one can give a precise answer to this question and would need to have perfect foresight to do so. What we are really dealing with here is a question of ‘market timing’. So, what is market timing? This means trying to make profits and/or avoid losses by getting out of the sharemarket at the right time and getting back in at the right time.

Ideally, you would be looking to get out of the market at its highest point and get back in at its lowest point. There have been many detailed research studies on the issue of market timing. Virtually all the research indicates that it is impossible to consistently pick the top or the bottom of markets and the best advice is to remain invested in a diversified portfolio and wait for an inevitable recovery to occur.

Over the long-term, the best advice is ‘time in’ the markets rather than ‘timing’ the markets. Let us look at an example. The chart below shows movements in the Australian sharemarket (All Ordinaries index) for the last six months.

In such a short period of time, this is a spectacular and unprecedented fall. I recall when the market was near the low point in March, a number of investment experts and fund managers indicating that this was only the start and that the market had much further to fall.

If you agreed with that guess at that time, and converted to cash you would have missed the next stage of the market. Since March 23, the market has recovered to 5,565 points at the time this article was written. This represents an increase of 21.9 per cent. This shows the great danger of trying to ‘time’ markets and of listening to experts who think they can predict short-term movements.

Don’t be a deer in the market’s headlights

Whilst this uncertainty continues people who panicked and sold out near the low point in the market can get caught like a deer in the headlights and not be able to decide to get back in. When it is absolutely clear that things will improve, markets will have already recovered and it will be too late for the investor who sold out near the bottom to recover their losses. In fact, they were better off never selling in the first place.

If the IMF is correct and we have a recession followed by a recovery, we may find that share markets have recovered a lot of their lost ground within 12 to 18 months. In those circumstances the best decision would have been to remain invested and ride out the fluctuations, or even better to have invested more cash in the market while it was at a lower point.

Personally, I have remained fully invested and have invested some cash resources in the market over recent weeks.

I don’t know when the bottom of the market will be but feel comfortable buying into the market with a portion of my funds given it has fallen so far. I have always held a diversified portfolio and as a retiree, I am in a position to provide for my (reduced) income needs from my cash and fixed-interest investments and dividends from my sharemarket investments without needing to sell down my sharemarket investments while prices are so low and circumstances are so uncertain.

The GFC’s lessons for investors

The GFC also provides a guide for this process. For most people it was better to have stayed invested after the market fell in 2009 and waited for the recovery.

In summary, then, I suggest that panicking and converting your portfolio to cash after the horses bolted is likely to do more harm than good. Share and property investments have always been intended to be held for the long-term and are subject to price fluctuations from time to time. That is the reason for holding a diversified portfolio which has safe assets as well as risky assets.

Remember that it is time in the markets rather than timing the markets that will be your friend in the long-term. Unless, of course, you have a crystal ball.

Has Covid-19 caused you to worry about your investments?