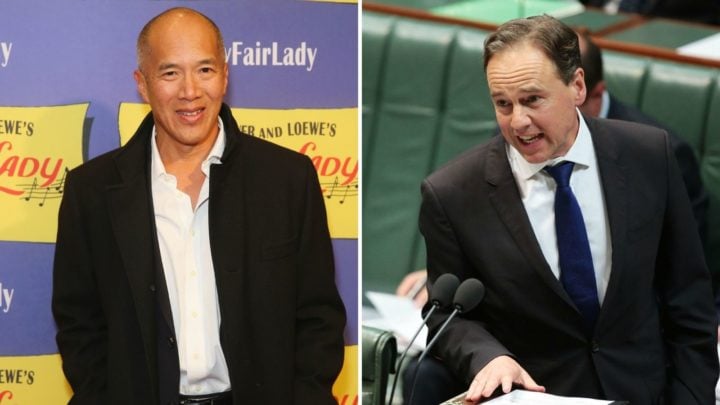 Dr Charlie Teo has faced criticism over the cost of his surgeries in recent weeks. Source: Getty

Health Minister Greg Hunt has warned health specialists against charging patients excessive fees for surgeries, after it emerged one family was asked to fork out more than $100,000 so a 12-year-old could undergo a life-changing operation.

In a statement issued to The Age, Hunt expressed his concern that a small number of Australian specialists were charging excessive fees to some patients requiring life-changing surgery, so much so that it caused them significant financial harm or to rely on crowdfunding to cover medical costs.

“It is my expectation, and the expectation of the leaders of the medical profession, that out-of-pocket costs incurred during private hospital treatment are modest, justifiable and proportionate to the circumstances of the patient,” he told The Age.

Coveted neurosurgeon Dr Charlie Teo – who often takes on complex or risky medical procedures that other surgeons won’t – was recently forced to defend the amount he charges patients after more than 100 different online crowdfunding pages asked for donations to cover costs for his services.

Teo was specifically criticised after the family of 12-year-old Amelia ‘Millie’ Lucas set a crowdfunding target of $100,000 to cover the $120,000 required for Teo to operate on the child’s brain tumour at a private hospital in Sydney.

Speaking on Today last month, Teo said that while some patients do pay in excess of $100,000 for surgery, the money doesn’t just go to him or his medical team. He said in the case of the $120,000 the Lucas family raised, $80,000 went to the private hospital and the remaining $40,000 was shared between the surgeon, the assistant, the anaesthetist, the pathologist, the radiologist and radiographer.

“It’s not that great amount to each individual person,” he said at the time, noting he would end up with just $8,000.

While Teo is praised by his patients for performing surgery that other health professionals won’t, his charging methods have come under fire from the likes of Hunt, the Australian Medical Association and Royal Australasian College of Surgeons (RACS). Teo told Perth 6PR radio’s Jane Marwick on Sunday that the RACS in particular was after him because he “made them look bad”.

“If someone calls a tumour inoperable and then I take it out, it doesn’t make the first doctor look good,” he said.

Doctors in Lucas’ home state told her family there was nothing more they could do, which is why the family sought help from Teo. He said he didn’t “think it was right” that patients from interstate were forced to pay to receive his services in another state and that health professionals were thinking of their egos, rather than patients.

“As you know, all health systems are state-funded, which means that a New South Wales patient can’t go to Perth and have surgery over there in your system because your system pays for it and the NSW government doesn’t pay for it,” Teo explained.

Teo added federally-funded centres would get around this problem but that egos in medicine won’t allow that to happen. As such, patients are forced to seek private treatment in other locations as a result or fly surgeons to their location to operate in the public system. He even claimed this is something he would do free-of-charge if his flights and accommodation were paid for, but hospitals are yet to take him up on his offer.

In another interview with the Sydney Morning Herald on Sunday, Teo said he didn’t believe doctors who charge higher amounts should be penalised or sanctioned and that health professionals should be allowed to charge whatever they want. He even threatened to quit if concerns about his fees continue.

The debate follows a Consumers Health Forum of Australia report released in 2018 which found out-of-pocket medical bills exceeding $10,000 have become common for patients with breast cancer and other chronic conditions. One in six people claimed out-of-pocket costs significantly impacted their lives and a third said the costs weren’t explained to them before treatment.

The report found many pensioners are forgoing recommended care because their private health insurance simply doesn’t cover gaps for thousands of dollars and that unexpected costs from junior surgeons, anaesthetists and MRI scans are driving up costs. Many are even dipping into their superannuation funds to cover medical bills.

There are also calls for average prices of common procedures to become publicly available, with The Age reporting the federal government is currently working with specialists on a searchable website that lists out-of-pocket costs for common procedures.

In the meantime, out-of-pocket costs for a range of surgeries vary between Australia’s leading insurers. Bupa estimates a hip replacement leaves customers $1,120 out of pocket, while it’s $630 for Medibank. Cataract surgery can range from $297 to $490, while a colonoscopy can range from as little as $37 to $130 – depending on the provider.

Do you think out-of-pocket costs are too expensive? Have you ever relied on crowdfunding to pay for surgery or medical treatment?