How the latest age pension reforms could affect you 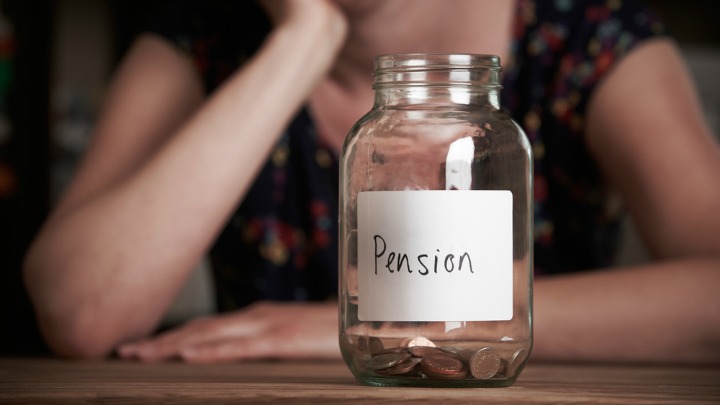 No doubt you’ve heard in the news about changes to the age pension, but do you realise how it could impact you?

The Federal Government has announced a wave of age pension reforms, particularly focused around the assets and income test.

Well, more than 300,000 age pensioners will lose all or part of their pensions from January 1 — and you could be one of them.

Under the new reforms, the assets test threshold has been cut from $1.17 million in assets for couples (not including the family home) down to $816,000 — $7,000 less than the Government originally forecast.

Retirement and superannuation expert Dr Suzanne Doyle from StatePlus says the way your assets affected your payment was going to change.

“It’s coming down at a much faster rate.”

Dr Doyle says the latest round of age pension reforms would have three consequences.

She believes there are both winners and losers in the reforms.

“People with too many assets now will become ineligible for the age pension — there [are] 91,000 of those,” she says.

“There’s a bunch of people in the middle group of pensioners that are going to potentially have less age pension as a result, but will still be entitled to some money — there [are] 235,000 of them.

“At the bottom end, because the Government is raising the lowest of the thresholds some people are becoming entitled to the pension — approximately 170,000 will see a small increase.

The first thing to note, according to Dr Doyle, is that your health care card will be protected.

“The Government is very wisely not wanting to see pensioners do silly things and sell off their assets in non-productive ways to get back on the pension and get a health care card,” she says.

“As a consequence you will still be entitled to your Commonwealth Health Care Card if you lose your pension, so that’s a good thing.

“That can provide quite good benefits if medical expenses are a big part of your budget.”

It turns out you could also be re-eligible for the pension shortly as well.

Dr Doyle believes for many people it’s simply an issue of timing, surrounding their capital and how their assets such as super and savings will decrease over time.

“They may find themselves eligible again, it’s just a timing issue for some people,” she says.

“They could find that some of those people will be eligible for the pension again in two — maybe three or four — years’ time.”

If you’re thinking about selling off some of your assets to get back on the pension, Dr Doyle warns you should do your research first.

“It’s not as if you can go out and tell people to sell some of their assets, that could have a range of tax consequences,” she says.

“You do have to be very careful if you’re going to try and reduce your assets to be eligible for age pension.”

Instead, Dr Doyle advises people to try other means of lowering their assets.

For example, she suggests you could try bringing forward a big spending project such as renovations or improvements on your family home.

“If people had things they were planning to do to their home in the next 12 months they could bring those forward,” she says.

“They may very well come back onto the age pension very quickly if they do.”

The Government has confirmed it will be writing to those pensioners affected by the reforms in the coming months.

Department of Human Services general manager Hank Jongen told The West Australian the Government will write to 691,000 pensioners with “a significant value of assets” next month.

“This letter will provide information about the changes to the assets test from January 1, 2017, and advise their payment(s) may be affected as a result,” he says.

“In December, we will send additional letters to those customers whose payment rate will reduce or stop as a result of the January 1 changes.”

But it’s not all bad news.

The best news for those not affected by the changes — the age pension has actually increased.

From this week, a single pensioner will get $3.20 extra per fortnight.

Couples will get a $5 boost per fortnight.

Meanwhile, you can also earn extra and still get access to a Commonwealth Seniors Health Card.

If you’re worried about how the reforms will impact you or you’re still not sure, there are ways to give yourself some peace of mind.

Dr Doyle suggests using the MyGov website, which has a calculator you can use to help you out.

“You can put in some numbers in and see if you’re affected,” she says.

“It may reveal to some people that didn’t realise that they will actually be impacted by this.

“Seeking professional advice after that can also help give you some peace of mind.”

Are you affected by this latest pension reform? Should the Government have lower the asset thresholds?