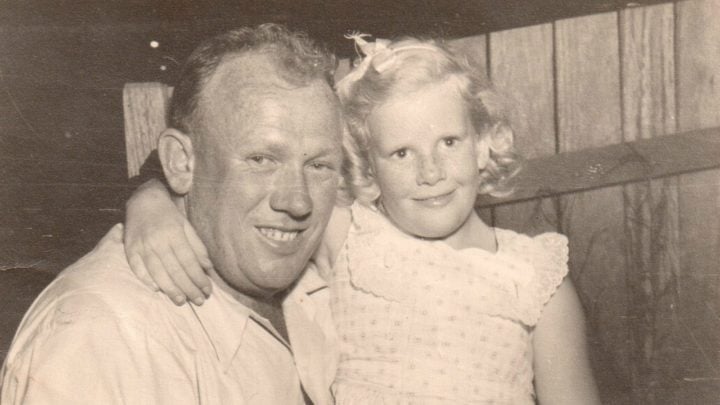 They’re called everything from psychic visions to ‘sixth sense’ or even extrasensory perception (ESP), but while many people continue to question whether premonitions can really exist, one woman claims to have experienced three of them in her life – and each left a huge and lasting impact.

Viv Donovan, 68, has recalled the haunting moments and how they not only predicted her own near death experience but also helped her save her father in a terrifying health scare.

Speaking in an exclusive chat with Starts at 60, the Aussie woman revealed: “I think they could be premonitions, but it’s hard to know. Maybe they were sent to me to kind of prepare me. But they didn’t prepare me enough.”

Remembering perhaps the most vivid incident back in 1984, Viv recalled having a disturbing dream while staying in a small flat at the back of her parents’ house at the time.

Having gone over to eat breakfast with them the next morning, she said her father noticed she looked tired so she told him about her dream.

“I said, ‘I was sitting up in a bed and I had my arms straight out in front of me and no one was sitting on the left hand side of me, but my family were sat in front of me,” she recalled. “Dad was there with the twins on both legs and my brother was sitting next to him with one of his kids on his lap. They were all there’.

“Then my father said, ‘Oh my God’ and Mum said to me, ‘Your father told me about the dream he had a couple of nights ago. He was looking at you sitting up in bed, with everyone around you’. It sounds exactly the same.”

The family quickly moved on from the bizarre coincidence, but just under a month later Viv was rushed to hospital with a burst cyst on her ovary. It caused poisoning in her system and appendicitis, and she was told by doctors they’d only just caught it in time. In fact, 20 more minutes and it could have killed her.

“I remember the first day I was allowed to have visitors was on December 11, exactly a month after the dream,” she added.

“I was sitting up in bed in hospital with my arms out in front of me. On the left hand side of me was a window so no one could sit there, but on the right side my whole family were sat round the bed. It wasn’t until my father said to me, ‘Gosh, this is just like the dream I had’. And as soon as he said that, everyone was sitting exactly where I dreamt them to be sitting.

“The reason I had my arms out in front of me was because they were trying to get the drip in and couldn’t, so they had to try the other hand and everything swelled up so much they had to put ice on them!”

Viv had never been in hospital before that time and she admitted: “It’s this experience that you can’t really explain… It’s a premonition really.”

Amazingly, it’s not the only time she has experienced something like it, and back when she was just nine years old she managed to help save her father during a shock health scare.

“My childhood bedroom looked right out to the back door,” she recalled. “I was in a deep sleep one day and I remember I suddenly sat up really straight in bed and thought, ‘Dad’s in trouble’.

“When I looked out the back there was my dad having a really bad asthma attack out the back door. I got up to ran out to get help and ring the ambulance. Luckily he was okay.”

Meanwhile, several years after that, when Viv was 21 years old, she travelled to England to spend some years working there on a short-term visa.

“I used to walk from my house to work every day, nearly a 3 kilometre journey. By the time I’d worked and got home I was really tired,” she explained. “But there was this time that I couldn’t sleep for three days in a row. I couldn’t work out why because I was working hard and exercising.

“I eventually decided to ring Australia to see how my parents were, because it was daytime there, and when I phoned my Mum said to me, ‘You’re lucky to get me I’m about to leave, your father’s been put in hospital for the last three days’.”

Luckily her dad was okay in that incident too, having suffered bad asthma attacks again, and only passed away several years later in the ’90s, just months after Viv’s mum died. She said: “I always knew I had a bond with my father because we used to fight like cat and dog because we were so similar!”

Viv now speaks openly about her ‘premonitions’ and says she has met several other people who have been through similar moments themselves.

Have you every experienced anything like this? Do you believe people can see the future through premonitions?