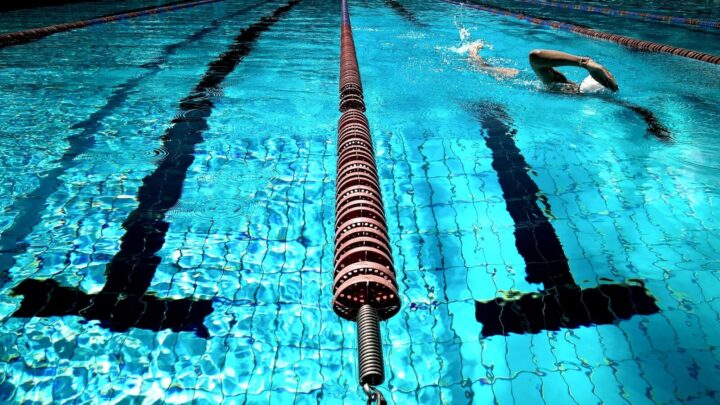 A young fellow with long-hair was trying to enter a swim club. Source: Pexels.

A young fellow with long-hair was trying to enter a swim club. However, he was stopped by the owner who tried to explain that for health reasons long-haired people were prohibited from using the pool.

“Get a haircut, and you’re welcome to swim in the pool,” suggested the owner.

“Some of history’s greatest men had long hair,” said the young man.

“Those are the rules,” hammered back the owner.

“Moses can’t swim in our pool either.”

A man walks into a shoe store

A guy walks into a shoe store and asks for a pair of size eight tie shoes. The salesman says: “But, sir, I can see from up here you’re at least a size 11.”

The salesman brings them, the guy stuffs his feet into them, ties them tight, and then stands up, obviously in pain. The salesman just has to ask: “Sir, why must you have these undersized shoes?”

He says to the salesman: “I lost my business and my house, I live with my mother-in-law, my wife is having an affair with my best friend and my daughter is pregnant. The only pleasure I have in life is taking off these damn shoes.”

A mystery-lover goes to the theatre

A mystery-lover takes his place in the theatre for opening night, but his seat is way back in the theatre, far from the stage. The man calls an usher over and whispers: “I just love a good mystery, and I have been anxiously anticipating the opening of this play. However, in order to carefully follow the clues and fully enjoy the play, I have to watch a mystery close up. Look how far away I am! If you can get me a better seat, I’ll give you a handsome tip.”

The usher nods and says he will be back shortly. Looking forward to a large tip, the usher speaks with his co-workers in the box office, hoping to find some closer tickets. With just three minutes left until curtain, he finds an unused ticket at the window and snatches it up. Returning to the man in the back of the theatre, he whispers: “Follow me.” The usher leads the man down to the second row, and proudly points out the empty seat right in the middle.

“Thanks so much,” says the man. “This seat is perfect.” He then hands the usher a dollar coin.

The usher looks down at the quarter, leans over and whispers: “The butler did it in the parlour with the candlestick.”