How to remove lint from your clothes (without a lint roller) 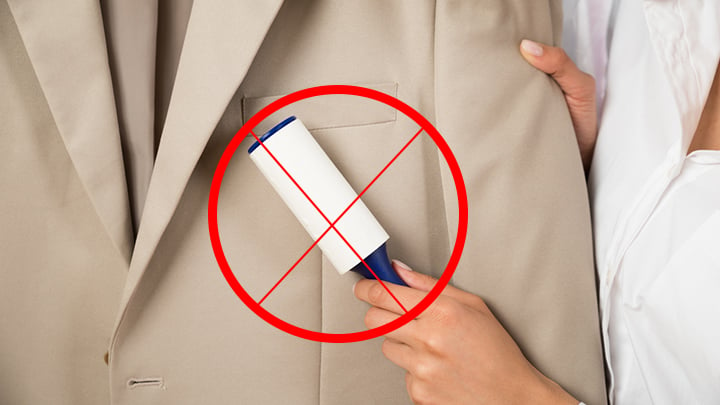 Lint balls and fluff have an annoying knack for making our clothes look older than they really are. If you need to de-fluff but find yourself stuck without a lint roller, fear not: there are some novel, surprisingly effective ways to improvise:

Cut a wide strip of tape and place it on the fabric in the same direction as the weave of the fabric. Rub the tape down a few times, then rip it off quickly. Repeat as needed until the lint has gone.

Use nail scissors to cut the lint balls off the fleece (but taking care not to cut the fabric directly).

You’ll only need the rough side – not the soft, fizzy one. Rub the velcro against the fabric whereever you see lint balls. When the velcro picks up the lint balls, pull them off the strip and into the bin.

This method works incredibly well for the more stubborn lint balls. Simply rub the razor in one direction, lift and remove the lint balls attached.

The scouring pad’s abrasive material is also a great way to pick up lint balls. Wet the sponge, squeeze out any excess water, and rub the abrasive side against the fabric.

Which of these tricks have you tried? Do you have any other clever methods to remove lint balls?