Study proves good manners are going down the drain 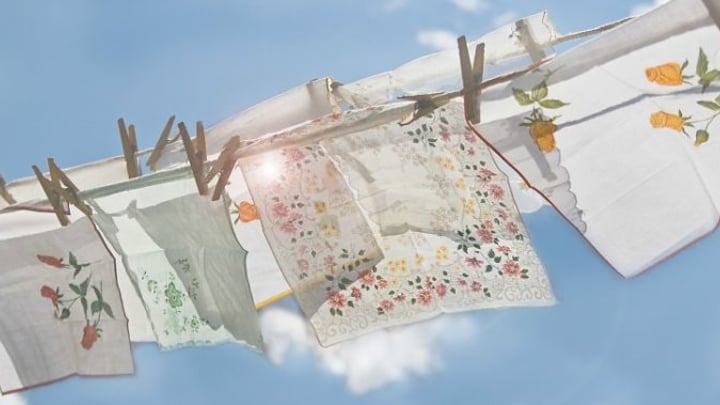 Remember the days where men would offer women in need a handkerchief? Image source: Getty

Most people were raised to say ‘the magic word’ whenever someone did something nice or considerate for them, but a new study has found less people are saying please and thank you for simple requests.

According to research conducted by the University of Sydney and published in the Royal Society Open Science Journal, saying thank you is no longer necessary in typical day-to-day settings. The study found people are abandoning their thank yous in droves, particularly in social settings such as homes and villages where it is no longer the social norm to express gratitude.

The study also found people speaking the Cha’palaa language, which is used in parts of Ecuador, were least likely to say thank you when someone met their requests, while English and Italian speakers were more likely to express gratitude.

Although not ground-breaking, the findings echo the sentiments of many people these days, who feel manners just aren’t what they used to be.

Gone are the days when gentlemen would carry handkerchiefs to offer to ladies in need, or leap out of their seats on a bus or train to offer it to a woman or the elderly.

A report that aired on Tuesday evening’s A Current Affair further highlighted this and found commuters on public transport weren’t willing to give up their seat – even if it was for an elderly person or pregnant woman.

We’ve all seen the signs on trains buses to give up your seat for the disabled, the elderly or pregnant women. But some people in our hidden camera social experiment will make you wonder where good, old-fashioned manners have gone. #9ACAhttps://t.co/PzFQvzkLYK pic.twitter.com/YPOKRvCK8Y

Using a hidden-camera on board Sydney trains in peak hour in both the morning and evening rush, the show found people were reluctant budge for others. Ali Piotrowski, who is 32 weeks pregnant, was only offered a seat on two of the six train journeys she took as part of the experiment. This was despite numerous people noticing she was expecting a child. She explained that in some cases, people noticed her but ignored her so they wouldn’t have to get up.

It was slightly different for 80-year-old Rose. While she was offered a seat on all her journeys, younger men weren’t as willing as older men to give up their seats.

It’s not just younger people who are to blame for manners being thrown out the window. A granddaughter recently made headlines when she anonymously slammed her own grandmother’s terrible table manners on online forum Reddit.

The granddaughter was shocked to discover her grandmother talking with her mouth full, literally stuffing her mouth with food and making a “soul-crushingly annoying smacking noise” with every bite she took.

“I’ve never encountered someone else who makes noises like this while they’re eating,” she said. “I’ve met other smacking eaters, but hers are in a league of their own. If we’re in the dining room with 13 people and I’m at the opposite end of the table, I can still hear her eating.”

If those bad manners weren’t enough, it seems more people are afraid to have actual conversations with people, instead opting to leave anonymous notes or letters whenever something has upset them. For example, a Kmart shopper on Australia’s Sunshine Coast was recently ridiculed in an anonymous letter for parking in a disabled carpark while shopping. The note slammed the mother and her disabled daughter for using the park without a disability – despite the fact that the daughter was disabled. The mother posted the letter online to raise awareness about people with disabilities and to tell people not to judge people by how they look.

What do you think? Have manners really gone down the drain? Do you think it’s still important to be polite?