‘I was so lucky’: Kerry Armstrong opens up about first love Brad Robinson 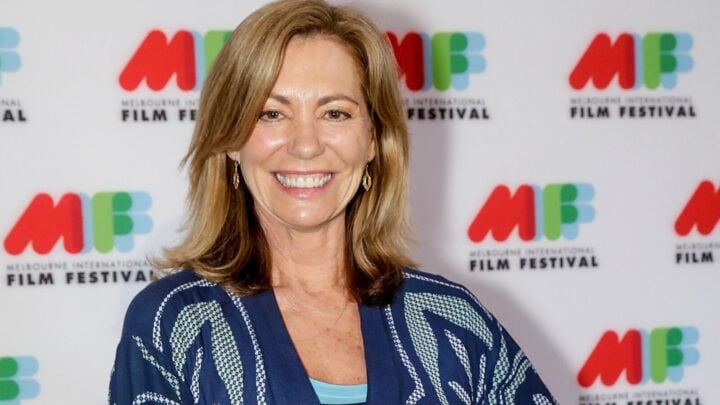 Kerry Armstrong has opened up on her first marriage to the late Australian Crawl guitarist Brad Robinson, revealing he taught her a lot about life, love and most importantly herself.

“He was the most glorious person,” she tells Starts at 60. “I was so lucky to have been married to him. When he lost his fight with cancer, for all of us who were lucky enough to know and love him, I believe that the lights went out for a very long time.”

Kerry married ‘Braddy’, as he’s affectionately known, in 1982 when she was just 22 years old, but their marriage fell apart some years later after she moved to Hollywood to become a ‘star’. Thinking about those first few years with Braddy, the actress, who was busy trying to make waves in the US at the time, admitted that she didn’t realise how lucky she really was until later, adding she may have come to that realisation sooner if she learned to love herself first.

“I think what I’ve finally learned, is that I’m pretty sure that in the end, the person that you’re in a relationship with or married to is mostly yourself,” she recalls. “What I mean by that, is that you can’t really love someone well until you learn how to truly love yourself.”

Kerry continues: “I didn’t realise it at the time, but I believe that Braddy loved me more than I loved myself, which meant that when I got married at 22 years old, he could see who I was before I could, and I was so lucky that he loved me with all my ‘harmony of imperfections’ but I was so busy trying to get to Hollywood that I concentrated on; ‘You’re gonna be a star’ and at times, left him behind. What I’m trying to say, is that I didn’t realise that I was already in Hollywood, Brad was my Hollywood. Brad was the star, still is.”

The mother-of-three went on to say she now finally understands the meaning of the old saying ‘home is where your heart is’, explaining, “because, during the years that I spent looking for approval or wanting to put my career first, I was incredibly lucky that the person next to me was so generous and loving and supportive and made me feel so safe.

“I’ve since realised that being safe doesn’t seem to get enough credibility for being in a marriage or in any kind relationship, because being safe, is often equated with being boring.”

The Aussie actress did make it to Hollywood and appeared in the popular soap opera Dynasty, in which she played Elena, Duchess of Branagh in season six. And Kerry was lucky enough to share the screen several times with acting legend Dame Joan Collins, who played Alexis Carrington.

“She must have been in her late 50s at the time,” she recalls. “She would rock up every morning at 5.30 am… with her hair in a ponytail, no makeup, in a black velour tracksuit with the best body and face I’ve ever seen on another human being, looking unbelievably beautiful.

“If anyone was nervous or not being treated well, Joan would look after them on set and she was very, very kind to me.”

“Between the wonderful writers, Deb Cox and Andrew Knight, and myself, we had the opportunity to ponder and dissect the notion of the ‘housewife’ and also begin to take away and address the stigma of ‘dumb blonde’,” she explains. “We managed to turn her from a doormat, into a kind of wonderfully but still fragile, complex blonde.”

She also paid tribute to her late co-star Tom Long who sadly lost his battle with cancer in January this year, saying: “He was a wonderful actor and one of the most gracious and really beautiful young men that you would ever wish to work with and meet, so that was a huge tragedy that we all felt.”

And Kerry has no plans on slowing down anytime soon. Between her philanthropy efforts, the actress, who lives along the coast in Victoria has been keeping busy in iso writing her second book I Like You As Much As You Like Me and is excited to get back into the second series of Frayed, which she says will hopefully start up again in February next year.

Are you a fan of Kerry Armstrong? Do you remember watching her on 'SeaChange' and 'Dynasty'?