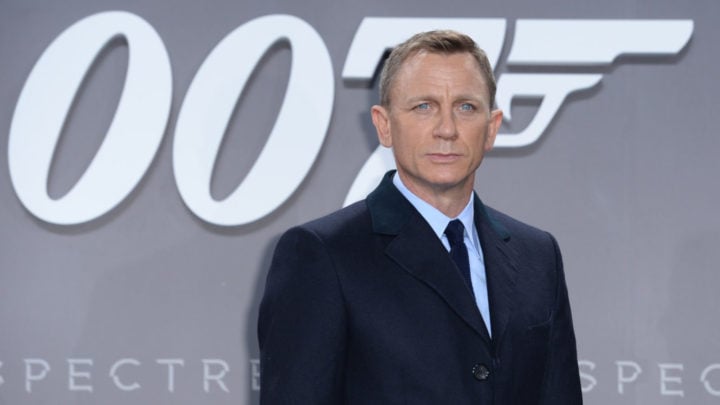 As fans of smooth-talking, womanising spy James Bond eagerly await the next instalment in the series, which is due to hit cinema screens in April, there has been much debate about who will replace current actor Daniel Craig when he steps away from the role.

Craig, 51, previously confirmed that his appearance in No Time To Die will be his last on-screen outing as 007, having agreed to a five-film run. His first appearance as 007 came in 2006 with the release of Casino Royale, having taken over from Irish star Pierce Brosnan who played the lothario in four movies including Die Another Day and The World Is Not Enough.

However, while Craig’s replacement is yet to be unveiled to the world, there has been fervent debate in recent months about whether we could be about to see a woman land the role for the very first time.

The topic is one that has caused much debate, with Bond purists calling for the franchise to stick to the facts of the original novels by Ian Fleming in which the character of Bond is a man. While others have suggested that it could be time to try something different, following in the footsteps of other popular franchises such as Doctor Who and Ghostbusters.

But now producer Barbara Broccoli – who has produced nine of the hugely successful movies, having taken over her father Albert ‘Cubby’ Broccoli’s work – has addressed the topic directly for the first time, revealing that Bond will remain to be a male character.

Broccoli, who describes herself as one of the “custodians” of the world-famous character, told Variety magazine: “He can be of any color [sic] but he is male.”

She added: “I believe we should be creating new characters for women — strong female characters. I’m not particularly interested in taking a male character and having a woman play it. I think women are far more interesting than that.”

Last year, the debate reached new heights when it was revealed that Captain Marvel actress Lashana Lynch had been cast as the new 007 in the upcoming movie. However, it was later confirmed that Lynch’s character will simply inherit Bond’s secret agent number after he quits Her Majesty’s Secret Service.

One Australian columnist even described the idea that Bond could be portrayed as a woman as “insulting”. Writing in the Daily Telegraph, Lucy Carne said: “There is nothing empowering for women about suddenly making 007 a female.”

Carne, added that the franchise does not need to be “vaccinated against toxic masculinity to make a #metoo moralistic point”. She added: “We have officially reached peak political correctness and I, for one, am done. Reboots of classics like Charlie’s Angels, in which crime-fighting masterminds have always been women, is the right way to go. Simply slapping a woman in a role written by a man for men, is not.”

Bond legend Dame Judi Dench, who played M in a total of eight movies in the franchise, also opposed the argument for a female casting, telling The Sun in 2018: “Not much, no. I think it should be a man. But who knows.”

Are you a fan of the James Bond franchise? Do you agree that the character should remain male?