The classic things our parents said to us as kids 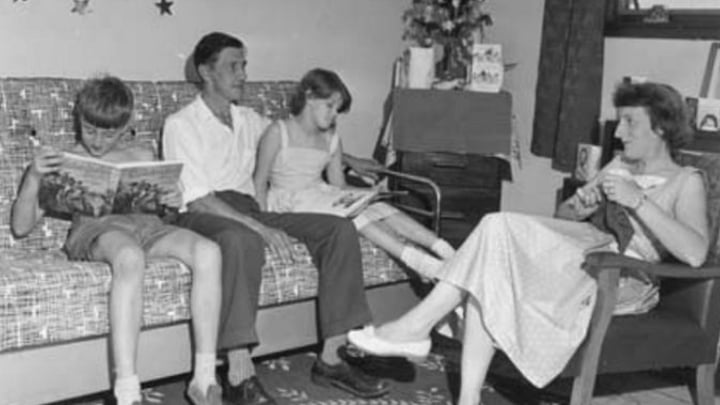 To celebrate our upcoming 1960s-themed getaway to Moreton Island, we’re revisiting some of our favourite nostalgic pieces from over the years. Here’s one sure to take you back…

You probably hated them at the time, but nothing beats the classic things our parents used when we were growing up.

Back in the 1950s and ‘60s, there was no hiding behind a keyboard or phone and some of the most memorable and hilarious quotes came straight from mum or dad’s mouth. While some of them may no longer be here with us, they’re memories that will last a lifetime.

If you’re a parent or a grandparent now, chances are you even find yourself using the quotes you said you never would. So get ready for a trip down memory lane. Here are some of the classic sayings our parents said to us when we were growing up.

“Wait until your father gets home”: A classic mum line. She might have let you get away with a lot, but the last thing you’d want is for your father to find out the mischief you’d gotten yourself into. He wouldn’t be as understanding as your mum.

“Just don’t tell your mother”: As strict as he could be, there were times your dad probably brushed things under the rug that he didn’t want your mum knowing about.

“Don’t make that face or the wind will change and you’ll stay like that”: If you were ever pulling faces or teasing a sibling, chances are you’ve heard this one. When you were really little, you may have even thought it could actually happen.

“What do you think this is, Bush Week?”: Plenty of children grew up wondering what, exactly, Bush Week was! (Wiktionary says it’s “an imagined or symbolic time when assumedly unsophisticated people from the countryside come to the city”, no doubt to spend their wages and have some fun.)

“You’re big enough and ugly enough”: They were only joking but sometimes it hurt your feelings when they refused to fuss over you.

“Eat your crusts and your hair will go curly”: Another way parents tried to get children to eat foods they didn’t want to eat.

“What am I, chopped liver?” When your parents tried to guilt trip you into showing them affection.

“Money doesn’t grow on trees you know”: Why did your parents ask you to go to the shops if they weren’t willing to let you pick up some sweet treats or a new toy?

“I’m going to have a quick cat’s lick”: Believe it or not, that’s what some parents said when they were about to take a shower.

“I’m not asking, I’m telling”: Usually used when it was time to eat dinner, brush your teeth, go to school, or do some other tedious chore.

“This hurts me more than it hurts you”: They’d always say this when handing out a completely unfair punishment.

“Six of one and half a dozen of the other”: Mum and dad’s way of saying two things were exactly the same.

“I’ll wash your mouth out with soap”: Remember accidently letting slip a dirty word in front of the parents and having them threaten you with this?

What did your parents used to say to you as a kid? Do you find yourself using some of their quotes on your own children or grandchildren?

Feeling nostalgic for the 1960s? Join us on Moreton Island for a special holiday event next May. We’ll be touring the island by day, feeding the dolphins at sunset, and celebrating all things sixties by night with dances, trivia and prizes for the best dressed! Learn more here.