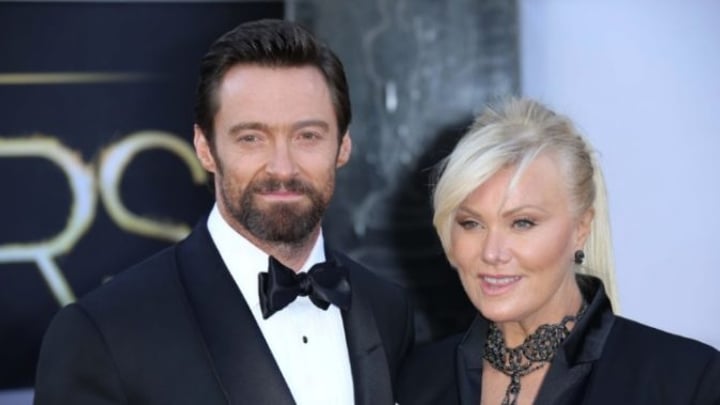 Hugh Jackman's family have benefited from this unique form of meditation. Source: Shutterstock

In an age when mindfulness and practising the art of stillness has become more popular than a bowl full of kale, one particular form of meditation seems to stand out from the crowd: transcendental mediation.

The unique form of meditation, which goes beyond mindfulness to produce a deeper and long-lasting sense of peace, has been around for more than 40 years, but has recently shot to the top of the popularity heap thanks to a host of celebrity clients and a rock star teacher.

Bob Roth has taught the likes of Oprah Winfrey, Ellen DeGeneres, Paul McCartney and Gwyneth Paltrow, but his favourite client thus far is The Greatest Showman himself, Hugh Jackman.

“Hugh Jackman and his wife Deborra-Lee Furness are just wonderful,” Roth told Starts at 60. “Down to earth, they have two children, I know the family well. I consider them my friends.”

Roth has been working with the Jackman clan for years and his teachings have been particularly useful for Hugh and Deborra-Lee’s son, Oscar, who suffered from anxiety.

“I taught Oscar to meditate,” Bob revealed. “He’s now 17 and I taught him when he was 12. They have a daughter, Ava, who I think I’m going to teach next year.”

Jackman has praised Roth’s work in the past and said his teachings on how to calm the mind did wonders for Oscar’s mental health.

“Bob’s really helped us and our son, who was a stressed, anxious kid,” the actor said.

Slightly different to regular forms of meditation, TM focuses on the deep parts of the mind and accesses the quiet, calm and still parts of the brain that exist inside everyone. While it’s a hit with celebrities, Roth’s main clients are ‘everyday’ people, many of them over 60, who are looking for a way to ease stresses and invigorate the mind.

“They run out of energy and they just feel like they don’t have the energy they once had,” he said of his older students. “They’re more vulnerable to aches and pains and illnesses because the immune system is compromised, memory maybe isn’t as clear, and from a long life.”

He said there’s a strong correlation between the kinds of issues his regular students and more high-profile students face.

“Being known by a lot of people does not make you immune from worrying about a sick child or stopping you from staying awake at night because you’re worried about things in your career or your partner,” he said. “They have the same feelings, just like us. They have more money, to what? Buy more sleeping pills?”

Despite his popularity amongst some of Hollywood’s favourite stars, he said he owes his credibility to word-of-mouth. “You can’t seek out a celebrity. You can’t go, ‘I want to teach Tom Hanks’. They live in their own world and it’s almost like a bubble. And they talk to each other a lot,” he said.

More recently, Roth worked with Jackman’s The Greatest Showman co-star Zac Efron who was experiencing some personal issues on set. “So I’ve sort of become the go-to guy for meditation,” he explained. “But I should make a point – I’ve taught maybe 30 or 40 well-known actors. I’ve taught thousands of regular people.

“It’s not, ‘oh this is a 20-year-old veteran’ or ‘this is Hugh Jackman’, really and truly, I see in their eyes, they’re looking for something to help them navigate through life.”

Roth’s book Strength in Stillness is currently available in book stores and online.

Do you practice meditation? Have you ever heard of transcendental mediation?