Don’t rely on the scales: Study finds you really are what you eat 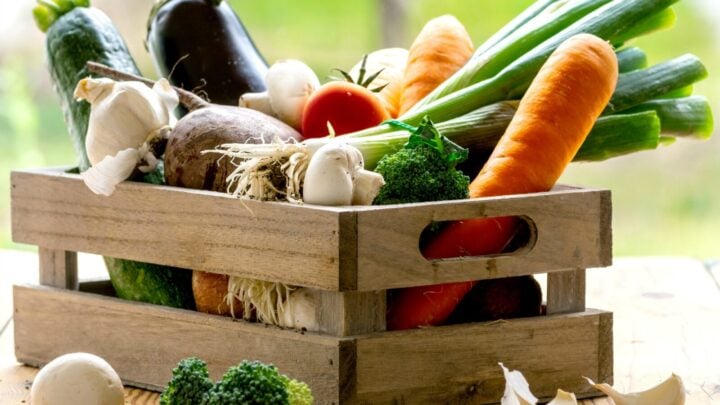 Eating healthy comes with a number of benefits, including lowering your chances of death. Source: Getty.

We’ve all heard the old saying ‘you are what you eat’, well it seems like the common phrase has some truth to it after all, according to new research.

According to the study published this week in Plos Medicine, overweight people who eat healthily have a lower risk of dying from cardiovascular disease compared to those with unhealthy diets. Researchers in Sweden measured how closely people kept to a Mediterranean-like diet, which consists of plenty of fruits and vegetables, whole grains, legumes, nuts, fish, and unsaturated fats such as olive oil, and found that those who ate a healthier diet were at lower risk of dying, regardless of their weight.

For the study, the researchers studied BMI, diet and mortality among 79,003 Swedish adults. They found among overweight individuals, those with the lowest chances of death followed a Mediterranean-like diet. In fact, overweight individuals who also followed a Mediterranean-like diet didn’t have a significantly higher mortality rate compared with those classed as of normal weight who also followed the popular eating style. On the other hand, individuals with a normal weight but an unhealthy diet had higher mortality.

The authors said the results show that we should shift our focus onto healthy eating, but cautioned that being overweight still carries health risks.

“These results indicate that adherence to healthy diets such as a Mediterranean-like diet may be a more appropriate focus that avoidance of obesity for the prevention of overall mortality,” the authors said. “Nonetheless, a healthy diet may not completely counter higher CVD mortality related with obesity.”

This isn’t the first time the Mediterranean diet has been linked to good health. Research published in the Translational Psychiatry journal in 2018 found that people who follow a Mediterranean diet have significantly slower rates of Amyloid beta (Aβ) accumulation in their brain. The build-up of Aβ is linked with the development of Alzheimer’s disease. And you don’t have to be a lifelong adherent of the diet to get the benefits — following the diet for just three years reduces the build-up of Aβ by up to 60 per cent.

“This tells us that eating a Mediterranean diet could potentially delay the onset of symptoms of Alzheimer’s disease by years,” Lead researcher Stephanie Rainey-Smith said at the time. “So by following a Mediterranean diet, people at risk of developing Alzheimer’s disease could buy themselves a few more years with their loved ones before the onset of this terrible affliction.”