Celebrities reveal their secrets for living with tinnitus 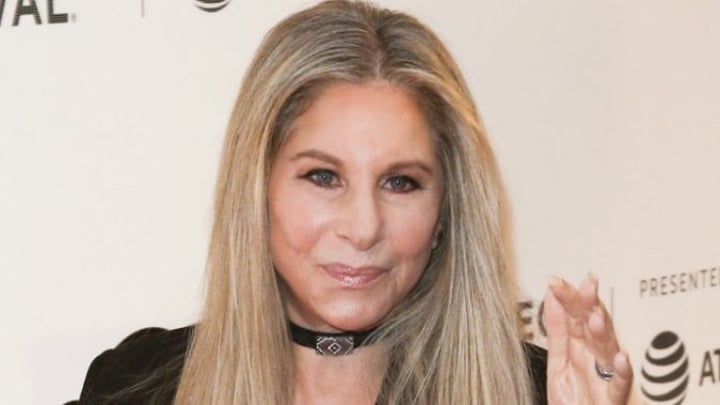 Barbra Streisand is just one of many celebrities living with tinnitus.

They may be rich, famous and enjoying all the spoils life can offer, but celebrities are just like the rest of us when it comes to ageing: they can’t avoid it!

As we grow older, certain parts of the body naturally begin to deteriorate and one of the first places this occurs is our hearing.

Hearing loss is a gradual process, but it can lead to other conditions, such as tinnitus, developing along the way.

Tinnitus is a common symptom of hearing loss and occurs when the brain is trying to find a signal to fill the quiet in the auditory system.

Many people who have tinnitus report a ringing or buzzing sound in the ear that is often more noticeable when they are in a quiet place.

Symptoms can range from mild to severe, with the most extreme cases reporting a jackhammer sound pounding through their ears or head.

Some people living with tinnitus report feelings of isolation, but hearing experts at Australian Hearing say it’s important to remember you’re not alone.

More and more people are discussing their tinnitus openly these days with a number of celebrities leading the charge.

Take a look at these famous faces who have all spoken out about living with tinnitus and how they’ve learned to manage it over the years.

In 1985 interview with Barbara Walters, Streisand revealed she had been living with tinnitus since she was just nine years old. The Hollywood legend said she was sitting in a classroom at school when she suddenly started hearing a ringing in her ears that hasn’t stopped since.

She admitted to waiting for years before seeing an audiologist and has blamed her famously short temper on irritation that stemmed from the condition.

“I lived with a secret,” she said. “I was afraid to find out what it was.”

However, after receiving her diagnosis, Streisand said she learned to manage her tinnitus and never let it hinder her career.

The Star Trek actor has been incredibly open about his battle with severe tinnitus, which he developed after a loud fake explosion went off next to him on the Star Trek set.

He was left with a screeching in his head that refused to go away for years. Shatner said he was tormented by the sound and lived in agony until he saw an audiologist who taught him how to manage the condition.

He used techniques including reducing coffee and alcohol consumption, exercising regularly and listening to soothing sounds at a low level to help train his brain to treat the tinnitus sound as background noise instead.

Shatner said that learning how to ignore his tinnitus had turned his life around.

The musician was forced to retire from touring and performing after he suddenly lost all hearing in his left ear due to an infarction (inadequate flow of blood to the ear) of the inner ear, which he said was caused by stress.

Collins said he was standing in his kitchen one day when he heard a whooshing sound and then – nothing.

Rather than letting it get the best of him though, Collins said he took it as a sign to slow down and has since resumed touring, though with a less stressful schedule.

Tinnitus can develop in many ways and for the songstress, her father was the cause. She said he was sitting next to her at the 1973 Academy Awards when she was announced as Best Actress for her role in Cabaret.

He was so excited he turned his head towards her and yelled loudly right into her ear. The sudden burst of noise damaged her hearing and left her with ongoing tinnitus.

He’s one of the most talented guitarists in the world, but all those years in the studio and on stage have left Clapton with hearing loss and tinnitus.

He has admitted that when he was young he would purposely turn the volume of his guitar amps “up to 11” and blast music so loudly his fellow musicians would often complain.

Clapton revealed that he now wishes he had paid attention to the warnings and worn ear plugs when he was younger.

It hasn’t stopped him rocking out though. He just does it with a little more care these days.

Do you have tinnitus? How do you manage it?