‘Fabulous days’: Starts at 60 readers share their favourite memories of The Beatles 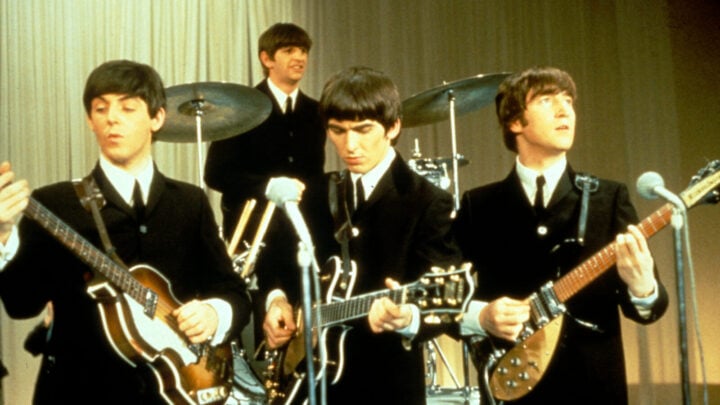 Given their long running success and immense popularity of the Fab Four there are no doubt a myriad of fond memories that Beatles die hards can share from their heyday. Source: Getty Images.

Everyone at some point or another looks back fondly on the much loved tunes that dominated their record players and even more so the beloved bands that brought the popular sounds to life.

One such band that no doubt was heard regularly in households across the world was The Beatles.

The Beatles are considered the most influential band in popular music history. The line-up of John Lennon, Paul McCartney, George Harrison and Ringo Starr gained international superstardom in 1964, triggered the “Beatlemania” phenomenon of 1963 and remained active and hugely popular until their break-up in 1970.

With classic hits such as Hey Jude, Love Me Do, Yesterday, Eight Days A Week and I Want To Hold Your Hand, The Beatles became the best-selling music act of all time, with estimated sales of 600 million units worldwide.

Not only was the band inducted into the Rock and Roll Hall of Fame in 1988, but each member was also inducted individually between 1994 and 2015. In 2004 and 2011, the group made Rolling Stone‘s list of the greatest artists in history. Time Magazine also named them among the 20th century’s 100 most important people.

Their greatest accolade, however, is the monumental impact that the band had on their adoring fans, which was clearly evident during the “Beatlemania” phenomenon, a term used to describe the mass fascination with the band from a sea of adoring fans that often bordered on hysteria.

Given their long running success and immense popularity, there are no doubt a myriad of fond memories that Beatles die hards can share from their heyday, and our Starts at 60 readers have done just that, sharing the “fabulous days” of seeing The Beatles perform live, sneaking into concerts to catch a glimpse of their favourite band member to collecting coveted Beatles memorabilia.

Anne* shared a memorable moment she enjoyed with Ringo Starr when she attended The Beatles Sydney concert in the ’60s.

“I attended their Sydney concert in 1964. We screamed so loudly that we could hardly hear them. I was in an aisle seat and as Ringo ran up to the stage he touched my hand! Fabulous days!” Anne said.

While Anne was lucky enough to share a brief encounter with Ringo during a concert, Roz* also enjoyed a special memory that has stuck with her for years.

“My girlfriend and I aged 15, tried to get in to their motel room at Southern Cross motel in Melbourne , only to be nabbed by security guards. They threatened to take us home in a police car. Lordy me, I was petrified. They let us go. Wow, loved living on the edge like that,” she shared.

“We went to see them at town hall. There is Chanel 7 footage on the news of my girlfriend and I screaming, jumping up and down looking at them on balcony. I know Paul was waving to me. So I always have a reminder of my time with the Beatles.”

Christine* “loved” The Beatles but “never got to see them” thanks to her parents, However, she did reveal that she “finally saw Paul McCartney in Brisbane in 2019” and that it was “amazing”.

Pat* saw The Beatles in England in 1964 and although there was “too much screaming to hear properly” they “were amazing”.

Sue* spoke of the love her sister’s had for The Beatles and that they even had a unique piece of memorabilia.

“My sisters loved them. They had a piece of Beatles wallpaper which was sent to them from England. Too bad they don’t still have it,” she said.

The Beatles were Marilyn’s* favourite band and she was even lucky enough to see them live at the height of their popularity.

Cherie* also “loved The Beatles as a teenager” and has amassed quite the collection of Beatles merchandise.

“Had their photos on my bedroom wall. Have various vinyl records and CD’s Still love their music today!” Cherie said.

What is your most treasured memory of The Beatles?