‘Life was slipping away’: Billy Ocean on quitting music after mum’s cancer death 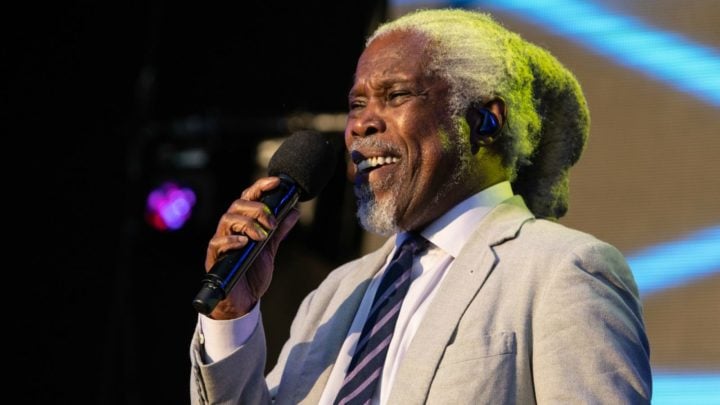 Billy Ocean is back with a bang with a new tour. Source: Getty.

He shot to fame with a string of hits in the late 1970s and ’80s, but Billy Ocean shocked fans in early 1990 when he walked away from his incredible music career for almost two decades – seemingly without a backward glance.

But while spending time with his kids was his main priority at the time, it was actually his mother’s death from cancer that triggered the ‘When The Going Gets Tough’ singer’s drastic decision.

Now, opening up on his time away from the limelight in an exclusive chat with Starts at 60, the 69-year-old star – well-known for tunes including ‘Caribbean Queen’ and ‘Love Really Hurts Without You’ – revealed he’s never regretted stepping back at the height of his fame.

“I’m glad I took that break, I’m glad I did it when I did it, it was a good time for me to do that,” he explained. “It gave me the chance, most importantly of all, to spend some time with my kids.”

Ocean lost his mother following a battle with ovarian cancer in 1989, and he’s previously said the grief he experienced at the time “transformed his life”. In fact, it completely changed it for almost two decades afterwards.

“After my mum passed away I sort of looked at my life, where I was going, I had a number one hits here but something wasn’t right,” he said. “I wasn’t home often enough and my kids were growing up, and life was sort of slipping away from me.

“I thought I needed to take a break, adjust myself… it took me about 17 years before I started again. By then my kids had grown up and one day I thought, ‘What do I do now, let’s get out and play some music’.”

Asked how it felt losing his mum, Ocean admitted it was a shock and added: “You never think you will. You grow up with your parents, they become your friends and then they’re gone. Then it’s almost like you can see them but you can’t touch them.

“You think about them all the time, but I think one day I’m sure we’ll meet again, I’m sure of it.”

Ocean moved to England with his parents when he was just 10 years old, and took up music from a young age having been inspired by his musical father. The singer ended up learning his first songs in his mother’s council flat in the East End of London as a teenager, something he’s never forgotten throughout his career.

Asked if his humble beginnings helped him to keep perspective when he became famous, Ocean said: “Yes of course it does. When you grew up with the sort of life that I had and the situation I had, travelling to another country, you’re an immigrant in another country.

“You have to work twice as hard as the locals… You are away from your dreams so you have to create new dreams. You really just plug away and sometimes things work out. My dream was always to be a musician, always to sing and learn to write songs and make music. I don’t take it for granted.”

Ocean always vowed to buy his mother a house of her own when he earned enough money, and he eventually managed to fulfil that wish. Sadly, she spent just a few years there before passing away.

“I did get her that house. My youngest daughter now lives [there]. She went to a university that was coincidentally not far from where the house was, so she’s been there ever since,” he explained.

“I was really excited to get my mum a house and since then the house has helped my daughter. [And it keeps those memories with Mum alive].”

Despite stepping back from the limelight when he was enjoying worldwide success, Ocean insisted he has never regretted his decision. However, he added: “I wouldn’t do it again now, I was younger then and my kids were growing up, I had a reason to, but I don’t have that same reason now.

The star is married to wife Judy and has three children, all of whom live close by with their own children. In fact, one of his daughters is now his backing singer and tours around the world with him.

Sticking to traditional family values is hugely important to him, and Ocean said he worries that technology has begun to threaten quality family time now in society.

Asked if he thinks family values have changed in recent times, Billy said: “Yes. They’re gone. Technology has erased a lot of those simplicities in life. People almost don’t even speak anymore, you see the kids at dinner – instead of speaking to mummy and daddy they’re speaking to a computer or to a cell phone or whatever. It’s de-rooting a lot of those family values.”

Ocean doesn’t even own a mobile phone himself, preferring to speak face to face with his family.

And asked for his secret to marital happiness, he said: “You’ve got to be honest with yourself and honest with her. You realise soon that life isn’t what you see in a Hollywood movie, life is something that every day you wake up and have to start again.

“You might be in the greatest mind or whatever the night before, but you have to wake up in the morning and start all over again.”

Ocean is now preparing to tour Australia in June, following the success of his 2018 UK tour. He will be joined on stage by his super band, performing all of his classic hits. To see tour dates or buy tickets, visit the website here.

Are you a fan of Billy Ocean?