Cleaning products ‘as harmful to lungs as smoking’ 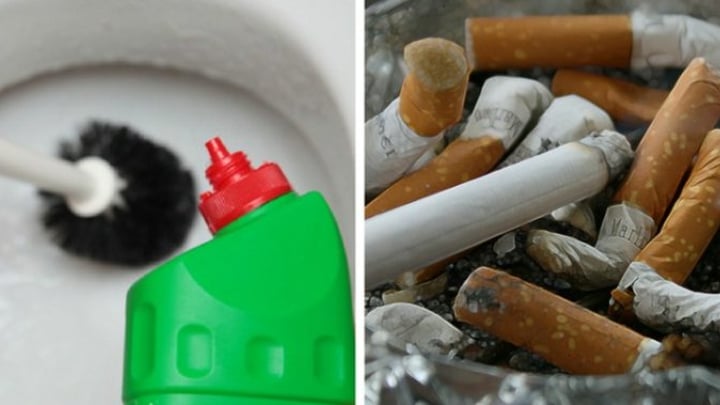 Have you ever had problems breathing after using cleaning products? Source: Shutterstock/Pixabay

An alarming new warning by scientists has suggested that some cleaning products may be as bad for lung health as smoking cigarettes.

In fact, the study suggested that the regular use of many cleaning sprays has the same impact on lung health as smoking an entire packet of cigarettes a day. It’s bad news for women, with females being more likely to experience lung and breathing problems than men.

The study, published in the American Journal of Respiratory and Critical Care Medicine, said that women were more at risk of long-term issues, particularly when they use cleaning products on a regular basis.

Researchers from the University of Bergen in Norway looked at 6,230 people over two decades and found that it was women who worked as cleaners or used cleaning products at home regularly that recorded the biggest decline in lung health. The findings found that use of these products had the same impact as smoking 20 cigarettes every day.

People were asked how often they cleaned and the types of cleaning products they used, particularly if they were liquids or sprays. Alarmingly, women who noted that they cleaned just once a week saw a decline in their lung health. The study also suggested that women were more likely to develop lung conditions because they cleaned more often than men. Just 197 women in the study suggested they didn’t clean, a much smaller number than the 1,512 men.

In light of the results, researchers suggested that people should replace certain cleaning products with microfibre cloths and water for similar results. To measure lung function in participants, researchers assessed the air that each person was breathing out.

More often than not, women in cleaning jobs weren’t able to breathe out as much air as others in the study. Researchers hypothesised that certain chemicals found in popular cleaning products could quite possibly cause irritation to the mucous membranes that line the lungs. Over time, these can also cause irreversible damage to the airways.

The study also found that an array of respiratory problems including asthma were also higher in people who used cleaning products regularly, while others experienced low-grade inflammation. The findings suggested that 13.7 per cent of women who cleaned regularly at home developed asthma, higher than the 9.6 per cent who didn’t clean. The study is one of the first to explore the long-term impacts of cleaning products on lung and respiratory health. In contrast, smoking is known to kill almost 20,000 Australians each year.

While this particular study found that women were more at risk when it came to contracting lung problems from cleaning products, researchers did point out that male participants were considerably smaller than women, which may have impacted the results. If you are concerned that your cleaning products are impacting your health, be sure to discuss your options with a health professional.

What do you think? Have you ever had problems breathing after using cleaning products?