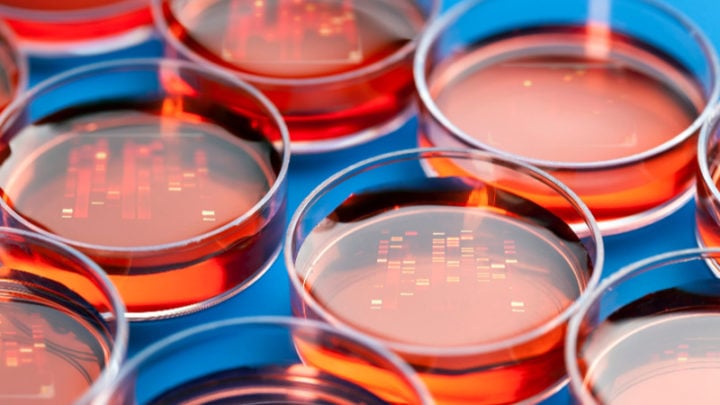 A dangerously evolved superbug once thought to be harmless is now threatening Australian hospitals, with around 5,000 cases already reported.

Originating in India, the killer bug is becoming increasingly drug-resistant and has a shocking 25 per cent mortality rate, already causing around 5,000 blood infections in Australia and infecting two neonatal intensive care units in Europe. There are increasing fears that the outbreak could go global.

Experts have warned that the pathogen, a strain of MRSA known as the Bengal Bay clone, is so strong that it could even cause severe illness in people in peak physical condition.

Methicillin-resistant Staphylococcus aureus (MRSA) is a deadly antibiotic-resistant superbug. The bacteria is carried on the skin and inside the nostrils and throat and can cause mild infections of the skin such as boils and impetigo.

If it enters the bloodstream, it can cause life-threatening infections. While it usually spreads through skin-to-skin contact, the bacteria can also be spread through contacted with contaminated objects such as towels, linen, clothes, door handles and other surfaces.

What impact does it have?

Usually harmless, the Bengal Bay clone of the bacteria was first discovered in the 1990s after it caused several illness in India. It can be deadly if it enters the body through a cut in the skin.

Associate Professor Steven Tong, a Royal Melbourne Hospital researcher said the antibiotic-resistant form was already causing problems in hospitals as it threatened to spread from patient to patient.

In a new report he wrote about the bacteria, Tong said: ‘More recently, MRSA clones have been causing major problems in the community setting in patients who have never been to hospital,” he said.

“These community clones tended to be more virulent with the ability to cause severe disease in otherwise young, healthy individuals. But thankfully, the community clones have typically been resistant to fewer antibiotics. The Bengal Bay clone combines a high level of both antibiotic resistance and virulence.”

In a study of 340 people from 14 countries, scientists from the Peter Doherty Institute for Infection and Immunity found that over many years, the Bengal Bay clone was able to employ special resistance mechanisms to make itself difficult to treat.

“This study highlights how antibiotic resistant pathogens can arise from areas of the world with limited public health infrastructure and control of antibiotic use, and then spread globally,” Professor Tong said.

“Ultimately, rising rates of antibiotic resistance is a global issue.”

While it’s often associated with hospitals, many sufferers are unaware they carry MRSA, because it has no symptoms unless it enters the bloodstream which means many people are transferring potentially life-threatening bacteria through skin-to-skin contact without realising.

Have you ever been exposed to MRSA?