‘Why we should consider nuclear power in Australia’s energy debate’ 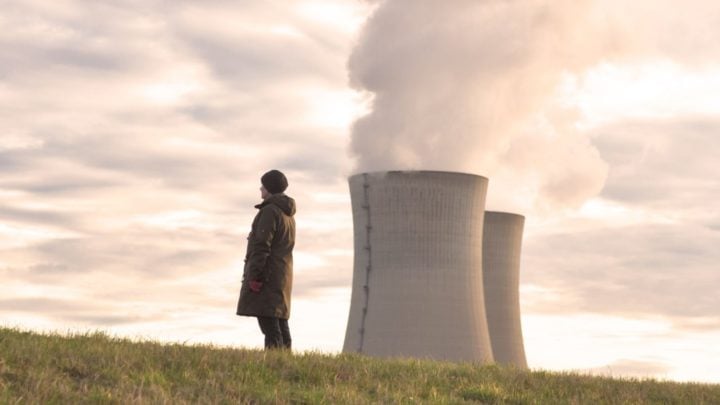 Now that the subject of nuclear power has been raised, may we have an honest and accurate debate on this subject, without bad manners and derogatory remarks from those who hide behind the keyboard? Do your research to get the facts.

Two prominent names come to mind. John Grove, who wrote the book The Struggle for Power and Michael Shellenberger, who wrote the Hero of the Environment.

We voters have a right to know the facts. Free speech demands dialogue, not monologue. It demands a sense of responsibility.

The nuclear argument is really about the way to boil water. One tonne of uranium fuel gives as much energy as 2-3 million tonnes of coal. Once the breeder reactor is up and running, it only needs one or two truck loads annually, (compared to 2.25 million tonnes of coal delivered in about 38,000 railway trucks or a column of oil tankers, nose-to-tail stretching from Sydney to Canberra). This is for one 1,000 megawatt power station.

Nuclear is closest to renewable because breeder technology makes the energy virtually limitless for many thousands of years. In his report to Congress in Washington in the late-1970s, vice chairman of ComEd, the late Gordon R Corey said in terms of available energy reserves, nuclear is greater than the world’s total recoverable fossil fuel reserves including coal, oil and gas. Australia’s known uranium resources are the world’s largest. This is akin to having the key to the bank.

Michael Shellenberger was ‘The Hero of the Environment’ in 2008. In 2017, he changed his mind as he learned and said, “You can’t power a modern economy on solar and wind. All they do is make the electricity system chaotic and provide ‘greenwash’ for fossil fuels”. Environmentalists have long promoted renewable energy sources like solar panels and wind farms to save the climate. But what about when those technologies destroy the environment? In a provocative talk, the energy expert explains why solar and wind farms require so much land for mining and energy production, and an alternative path to saving both the climate and the natural environment.

Shellenberger has helped save enough nuclear reactors to prevent an increase in carbon emissions equivalent to adding more than 10 million cars to the road. He now promulgates “ … nuclear power over renewables because nuclear power production emits 10 per cent less carbon deposits than renewables.”

Recently, I read an interview in the Herald Sun that Australian journalist Andrew Bolt did with Robert Peter Gale, a bone marrow expert in the United States who was involved in the immediate aftermath of the Chernobyl disaster in the Soviet Union. In fact, Gale travelled there shortly after the disaster to advise on treatments for radiation exposure.

Gale told Bolt that 31 people were killed in the disaster and only 13 of those died as a result of nuclear radiation. He treated 204 patients. He said since the disaster there have been 6,000 cases of thyroid cancer but only 10 people have died. “Radiation cannot be perceived,” Glae said, “therefore there in an immense fear of the unknown.” In his opinion, nuclear power is the only way we can reduce global warming. With France gettin 75 per cent of its power from uranium and emitting 10 per cent less carbon than Germany, I feel nuclear power equates to more energy from less mass.

Do you have any thoughts on nuclear power? Where do you stand on the issue of global warming and climate change?