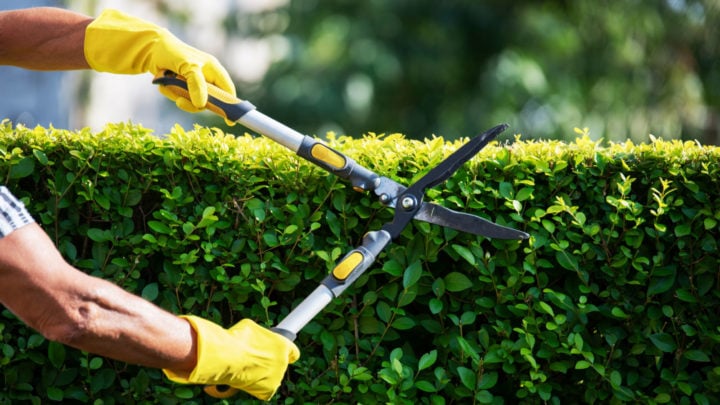 Governor Philip Lowe said the decision to lower the cash rate by 25 basis points had been made to support the economy. Source: Getty.

The Reserve Bank of Australia slashed the cash rate to an all-time low of 0.5 per cent on Tuesday, in response to the ongoing coronavirus crisis which is negatively impacting the economy, both at home and globally.

Announcing the cut earlier today, Governor Philip Lowe said the decision to lower the cash rate by 25 basis points had been made to support the economy which has already been significantly impacted by the outbreak of  COVID-19.

“The coronavirus outbreak overseas is having a significant effect on the Australian economy at present, particularly in the education and travel sectors,” Lowe said in a statement.

“The uncertainty that it is creating is also likely to affect domestic spending. As a result, GDP growth in the March quarter is likely to be noticeably weaker than earlier expected.”

Lowe went on to say that, while the long-lasting effect of the virus on the country’s economy could not be easily predicted, the economy would be expected to bounce back once the spread of the virus has been contained.

He added: “This outlook is supported by the low level of interest rates, high levels of spending on infrastructure, the lower exchange rate, a positive outlook for the resources sector and expected recoveries in residential construction and household consumption.

“The Australian Government has also indicated that it will assist areas of the economy most affected by the coronavirus.”

Responding to the news on Tuesday, Graham Cooke from Finder agreed that the possibility of future rate cuts depend on the containment of the virus. He said: “An already weak economy is now under significant threat due to coronavirus. What happens now will likely depend on how fast it spreads, and to what degree Australian authorities can contain it.

“Remember, though, that even if the current spread of the virus does fizzle out, another – potentially stronger – wave is possible during the Northern Hemisphere’s winter.”

While Mortgage Choice suggested the RBA had its “hand forced by coronavirus”, however CEO Susan Mitchell also pointed out that other factors, such as unemployment and inflation, had undoubtedly laid the groundwork in the lead-up to the central bank’s decision today.

“Today’s decision marks what could be seen as a coordinated move by central banks around the world as markets speculate that the US Federal Reserve and the European Central Bank are also expected to ease monetary policy in an attempt to shield economies from the effects of Covid-19,” she said.

The last cash rate cut came in October 2019 when the RBA slashed the rate to 0.75 per cent, citing employment rates and inflation as its key motivations. Prior to that, the rate had plummeted to 1 per cent in July, which was the second drop in two consecutive months after it was lowered from 1.5 per to 1.25 per cent back in June.