Coroner claims ‘more could have been done’ during Daniel Morcombe investigation 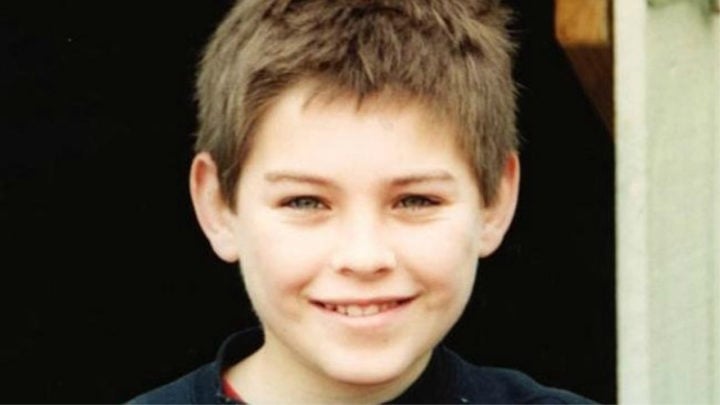 The Queensland State Coroner handed down his final recommendations following a nine year inquest into the disappearance of teenager Daniel Morcombe.

The coroner handling the Daniel Morcombe inquest has claimed “more could have been done” during the police investigation to focus on the teenager’s killer Brett Cowan following the 13-year-old’s disappearance.

During the handing down of his findings in court on Friday, Queensland state coroner Terry Ryan said officers should have paid more attention to Cowan during the early stages, especially due to his criminal history.

Concluding the long-running inquest, which began nine years ago – the coroner made two recommendations, taking into account Daniel’s parents calls for action into missing persons cases.

In the first instance, Ryan recommended the amendment of the Queensland Police Service’s Operational Procedures Manuel to mandate an independent review in circumstances of a homicide or suspicious high risk missing person investigation remaining unsolved for a period of twelve months after the commencement of the investigation.

He also noted the family’s long wait before they were able to lay Daniel to rest and their hopes to change the amount of time given before remains are handed back to loved ones.

The coroner recommended the Queensland Government amend the Criminal Code to ensure a time limit is imposed on the testing of human remains in circumstances where the prosecution and defence fail to reach agreement on the identity of the deceased.

“I agree that is unsatisfactory that families should be required to wait until criminal proceedings are finalised before being able to bury their loved one, particularly when DNA evidence can establish the identity of a deceased person with a high degree of certainty,” he announced in court.

This was met with much support from Daniel’s mother Denise who shared the news via social media from inside the courtroom on Friday.

In a post on Twitter the mum wrote: “Qld State Coroner’s findings at Daniel’s inquest have supported a number of our recommendations including a mandatory 12 review by police and timely release of remains to the family.”

Ryan also took a moment to extend his condolences to the Daniel’s mum and dad who have fought hard over the years to ensure the safety of children across the country, following their son’s abduction and murder in 2003.

“They did not know what had happened to him. Instead of giving in, they strengthened their resolve,” he said. “They relentlessly pursued answers and sought an inquest into Daniel’s disappearance. As Justice Atkinson noted at Mr Cowan’s sentencing hearing, their strength was one of the main factors that led to his conviction.”

On the morning of the court hearing Denise and Bruce Morcombe posted a touching statement to the community thanking everyone for their support over the years. They claimed while the hurt will never disappear they are happy to have made a difference to the lives of others.

“The repulsive paedophile’s callous description of what took place that day and what he did to our much loved Daniel is chilling to say the least,” the said.

“His words have scarred us and will haunt us all forever. However, from such a dark place we have managed to generate a momentum of hope. By harnessing the public’s will for change, Daniel’s Legacy lives on through the work of Daniel Morcombe Foundation.

“Today, collectively as a family we move on but individually we never forget. Our family are determined to ensure all children are safe.”

Following the release of the coronial findings, Queensland Police issued a statement and said they would “thoroughly consider all aspects of the findings delivered”.

It read: “The Queensland Police Service (QPS) acknowledges the Coroner’s findings in relation to the disappearance and death of Daniel Morcombe.

“Our thoughts continue to be with Daniel’s family. The investigation was the largest undertaken by the QPS.

“The QPS will thoroughly consider all aspects of the findings delivered today.”