Primary school children ‘among 19 injured in mass stabbing in Japan’ 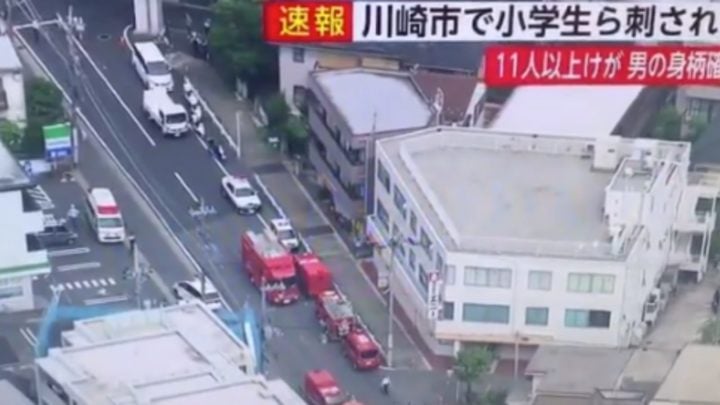 Footage of the aftermath was captured by local reporters. Source: Twitter/PM Breaking News.

A girl has been killed and at least 15 others injured – including several primary school children – in a mass stabbing in Japan, multiple reports have claimed.

A man was arrested shortly after the incident but has since died from a “self-inflicted wound,” Japanese public broadcaster NHK reported.

The horrific incident took place on Tuesday morning in the city of Kawasaki, south of Tokyo, with at least 15 schoolchildren injured, the news outlet reported, according to CNN.

The suspect, reportedly in his 40s or 50s, is alleged to have turned the knife on himself after the attack.

“We received an emergency call at 7.44 am, which said four elementary schoolchildren were stabbed.”

Are you following this story?