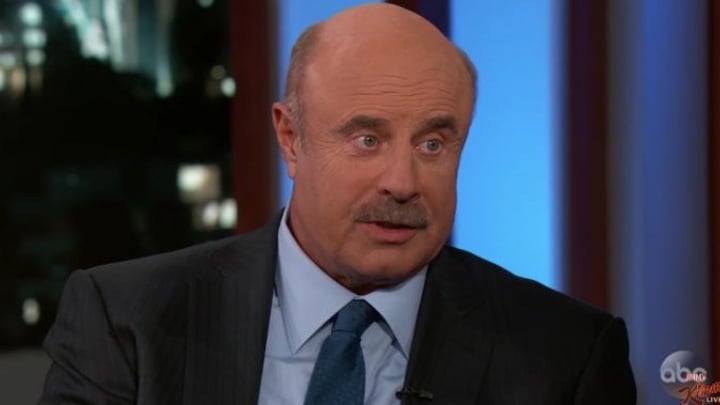 Famed television psychiatrist Dr Phil was a guest on Jimmy Kimmel on Thursday.

McGraw appeared on talk show Jimmy Kimmel Live on Thursday where he was asked to give his official diagnosis of the president.

Although a little hesitant at first, it didn’t take long for the TV doc to come out with it.

“I’ve known Trump for a long time, and I think people can make up their own minds about whether he’s diagnosable or not, but I would say that we can probably all agree that he lacks diplomacy,” McGraw said.

When pressed a little further by host Kimmel, McGraw said Trump’s past behaviour indicates something is off balance.

“I think if you go and look up certain personality disorders, you’ll see some of those things appear,” McGraw said.

“It would be improper do diagnose him without going through the steps, but I think there’d be some things on the shortlist,” he added.

However, on Tuesday metal health expert Allen Frances wrote in Health news publication STAT that Trump doesn’t fit the bill when it comes to mental illness.

“The three most frequent armchair diagnoses made for Trump — narcissistic personality disorder, delusional disorder, and dementia — are all badly misinformed,” Frances wrote.

He said that at most, Trump displays the characteristics of a narcissist, but added so do many other high-profile figures.

“To qualify . . . an individual’s selfish, un-empathetic preening must be accompanied by significant distress or impairment. Trump certainly causes severe distress and impairment in others, but his narcissism doesn’t seem to affect him that way.”

He went on to say that diagnosing Trump with a mental illness “unfairly stigmatizes those who are truly mentally ill, underestimates his considerable cunning, and misdirects our efforts at future harm reduction.”

Do you think it was wrong of Dr Phil to make this call without a proper assessment? Or do you worry about Trump leading America?