‘Arrogant and cold’: Abuse survivor reveals she turned to George Pell for help 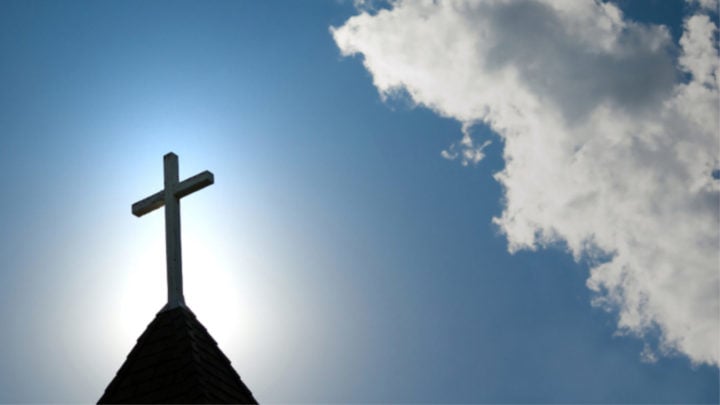 Sonia St Claire said she almost took her own life after confiding in Cardinal George Pell about the abuse endured as a child in an orphanage. Source: Getty

For more than a decade during her childhood, Sonia St Claire was abused at the hands of nuns and staff at an orphanage she grew up in, which was run by the Catholic Church.

St Claire claims the abuse she endured, between the ages of approximately six and 20-years old, was so terrible it caused her to subconsciously block out the horrific memories, leaving her with no recollection of the abuse for much of her adult life.

It wasn’t until she was 41-years-old that Sonia, who lives in Queensland, began to recall the abuse, which she says took away what should have been one of the happiest times of her life, her childhood.

“The system was very brutal and the nuns weren’t accountable to anyone,” Sonia told Starts at 60. “They were violent and unrelenting, they never showed any love, compassion or kindness. Everything was so regimented. It was like we were in prison.”

Sonia, along with her twin sister, was placed in the care of an orphanage from when she was just three-months-old, with the sisters spending time in a total of five facilities.

“The nuns told us we were the devil’s children and we wouldn’t be worthy to enter the kingdom of heaven,” she added. “They terrified us. There was no one to turn to. We wouldn’t have known who to turn to, that was our realm of thinking, that was our normal.”

It wasn’t until Sonia ended her abusive marriage with her former husband in 1991, which she says left her “battered, bruised and emotionally scarred” having also lost two babies, that she says the memories came flooding back to her.

Sonia said she was left feeling like she had no one to turn to, which led her to travel from Perth to Sydney to meet with Cardinal George Pell one year later. However she revealed she did not receive the compassion she had hoped for from the senior Catholic.

“He was extremely arrogant, cold and unapproachable,” she said. “He wasn’t interested in anything I had to say.

“He said to me ‘What do you want me to do about it? They are probably all dead now anyway’.”

Sonia said that the experience with Pell, on top of her past, left her feeling desperate and even considering taking her own life.

She added: “That was the effect it had on me because I didn’t know what to do with all of these memories. You can’t pick it up and drop it at the tip on the way home. It’s in your memory bank for life.”

Sonia revealed she had taken steps to prepare for her suicide and was intending to carry out the act, when her phone began to ring. She credits this call with showing her that there was a point to living.

“Within an instant I had to decide, ‘Should I answer it or not?’ and I did,” she said. “It was a relative, she said to me ‘Hi Sonia, how are you?’ I burst into tears and told her what I was about to do and what was happening.”

It was the first time Sonia had spoken to any of her relatives about the abuse she suffered and she then opened up in a different form, penning not one, but two books about her childhood.

However, Sonia was rocked once again in February when she learned that Pell had been convicted of sexually abused two teenage choirboys in the 1990s. Last month, Pell was sentenced to six years behind bars, with the former Archbishop eligible for parole after three years and eight months.

The news made Sonia once again question the lack of support Pell offered her and why he hadn’t attempted to help her at the time.

Sonia said: “He could be out in three years and eight months, but he has an appeal coming up so God knows what will happen there. But the fact he is in jail at all I think is a good thing.

“I wonder what his thoughts are now that he is sitting alone in a prison cell.”

Despite what she has endured, Sonia admitted she has found the strength to forgive the nuns who caused her pain and says she now hopes to help other survivors who have been subjected to abuse throughout their lives.

“I have always wanted to help a lot of people,” she said. “Not everyone can forgive but they need to learn to love themselves.

“You have to somehow try and make a life for yourself where you are not living in the past all the time. Love is what it’s all about.”

Have you been following the news about George Pell?