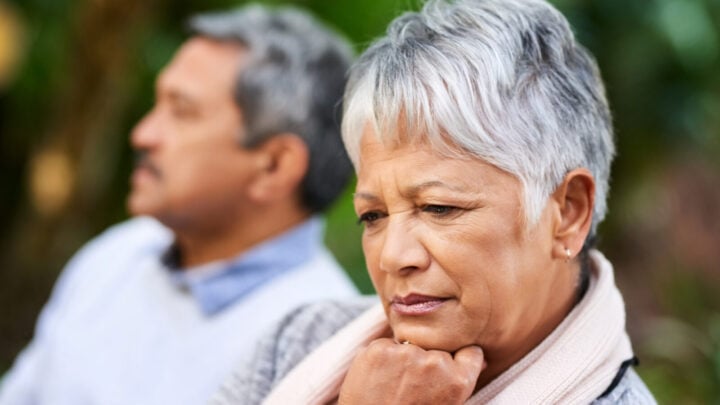 With grey divorce on the rise in Australia and across the globe, it begs the question, what is causing this surge in divorces in older couples?

What is grey divorce?

The term Grey Divorce refers to divorces of couples over the age of 50 years, usually after a long-term marriage. While the overall divorce rate has remained constant or dropped of late, divorces among this generation seem to be on the rise. In some countries, it’s double that of any other age group.

Although no formal studies have been done yet to pinpoint the causes for this recent phenomenon, certain common reasons have, however, started to emerge.

Let’s take a look at some of them:

After dedicating many years of their lives chasing careers, raising children, running a home, and getting older, couples can make less time for intimacy and partners gradually start drifting apart, sometimes without even noticing. It’s also natural for people to change over the years, often causing couples to grow apart and eventually fall out of love.

There may not have been one big catastrophic event that led to the breakdown of the relationship; they have just simply and quietly grown apart.

It may come as a surprise to see infidelity as a major cause for divorce among seniors, but when there is little intimacy at home and with so many dating websites easily accessible, the desire for romance with someone new is something that can be easily fulfilled in this modern age.

A difference in sex drive may also send one partner looking elsewhere.

During their active lives, couples have been busy working and raising children, not noticing that they have been drifting apart. They now find themselves retired at home, and suddenly realise for the first time, that they have nothing in common anymore.

Spending the years they have left, with a partner they may no longer care for, or even like, just doesn’t sound like a good idea.

Sometimes in relationships, one or both partners continue spending after retirement at the same rate as they were when they were working and earning money.

But now, with a fixed and often lower income, this can lead to money worries creating more tension. Adapting financially to the new way of life, sadly, can be a major cause of divorce in retired couples.

After a busy life of raising kids, many couples struggle to connect with each other when the children are grown and have finally left the nest. For the first time in a long time, they are now spending more time alone with each other, and life becomes boring, stagnant, and unsatisfying.

If there had been any conflict or even abuse in the past, once their children have left home, they may not feel the need to remain married ‘for the sake of the children’ anymore, and instead choose to divorce.

This may also be the time when couples begin to realise that they have both developed different interests and lifestyles, leading to conflict between them.

One partner may be wanting an active lifestyle of going out or travelling, while the other may be quite content with a more sedentary lifestyle, leading to further arguing and resentment.

Eventually, either partner may seek to find someone else who may be happy to share their preferred lifestyle.

With access to better health care, modern medicine, and more emphasis on fitness, diet, and a healthier lifestyle, doctors are telling us that we are living longer and better than ever before.

For some, the thought of spending more decades with their current partner brings dread rather than excitement, and for them, divorce may be more appealing.

What was generally accepted as being ‘too old to marry’ no longer applies as there is still time left to find happiness with someone else and put a little spark in their lives.

Perhaps it’s also a sign of the times, but divorce doesn’t carry the same social stigma as it once used to do. With divorces and separations becoming commonplace, attitudes have certainly changed and people don’t frown upon divorcees anymore.

For many seniors in the past, divorce simply wasn’t an option for fear of being judged or excluded by friends and family.

Thankfully we’ve moved on in our attitudes to divorce and people feel more empowered to make decisions that are best for them, rather than kowtow to social pressures and expectations.

How is grey divorce different from divorcing younger?

Divorce is usually one of the most traumatic experiences for people of all age groups, but grey divorces come with a different and often more daunting set of challenges, both mentally and financially. When the divorce is close to or after retirement, both partners often do not have the same earning capacity they may have had in their younger years.

If there were any health issues or physical disabilities where one spouse was dependent on the other for day-to-day functions, it can create much anxiety for them, especially if they’re the one that didn’t want the divorce. They may have also been financially interdependent on each other, but now that all assets need to be split in two, it can cause much anxiety and stress for both parties.

The thought of drawing up divorce settlement papers, carrying out a financial audit, planning a new budget, and even finding a new place to live, at such a late stage in their lives, is indeed a daunting task that will need much moral support, as well as professional financial and legal assistance.