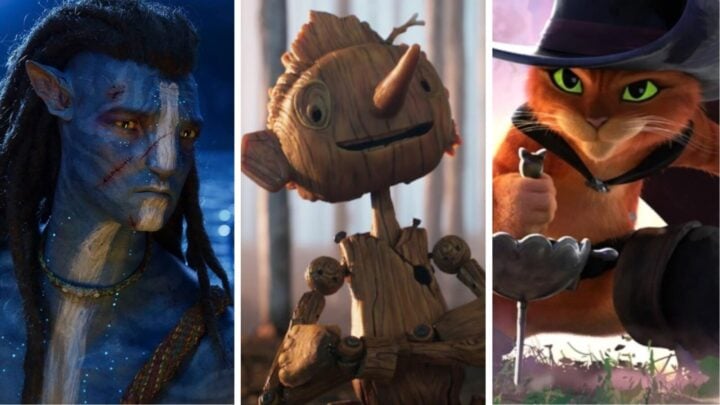 In case you haven’t heard, Avatar: The Way of Water has been unleashed upon the planet’s multiplexes with a saturation marketing campaign that has seen every advertising space available covered in signage for James Cameron’s long-anticipated $300 million sequel to his 2009 mega-hit Avatar.

So, after the megatonnes of hoo-haa, is it any good? Yeah, sure – provided you’re in an undemanding frame of mind.

The story is very predictable and quite melodramatic – it’s a goodies-vs-baddies scenario – but that’s something mass audiences looking for three hours of escapist entertainment are unlikely to quibble over, especially when coupled with astounding production values and visual effects that do an amazing job recreating the world of Pandora.

Aimed primarily at younger filmgoers who grew up with Avatar, the sequel is essentially a revenge film as Colonel Quaritch (Stephen Lang), who died in the first film, is resurrected in a cloned Na’vi body to locate and kill Jake Sully (Sam Worthington).

He’s now a fully converted Na’vi warrior conducting raids on the Earthling settlements on Pandora. Sully also has a family he seeks to protect by moving them to a community of beach-dwelling indigenous people.

Cameron hammers his environmental message very heavily – this is without a doubt the biggest anti-whaling movie ever made – and many scenes do go on for way too long.

Yet the world created on screen is remarkably vivid and will envelope you with its scale and detail. The filmmaking technologies used to conjure these visions are truly state-of-the-art – just be mindful that seeing the film in 2D is likely to be more enjoyable than in 3D, a format that is still yet to be perfected.

Boxing Day has always been a big day for new releases and this year there are some major treats awaiting those keen to get out of the house after all that Christmas eating.

Top of the list is Puss in Boots: The Last Wish, the very funny, witty, highly energetic third film based on the cheeky character (voiced by Antonio Banderas) from the Shrek movies.

In this wild adventure, the fame-obsessed Puss is brought down a peg or two as he teams up again with Kitty Softpaws (Salma Hayek) to travel across an other-worldly landscape where his character is repeatedly tested.

With Goldilocks, the Three Bears, The Big Bad Wolf, and a wonderfully obnoxious, scene-stealing Jack Horner along for the ride, the film is top-notch fun, crammed with verbal and visual gags, catchy songs, and, of course, some quality sword fights.

Another big Boxing Day delight is Lyle, Lyle, Crocodile, a boisterous live-action musical comedy about a family that, upon moving into their New York house, discover a hidden tenant called Lyle, a fully-grown crocodile whose only means of communicating is through song.

Sounds crazy, and it is – in the best possible way as they try coping with Lyle and the return of his exuberant manager Hector P. Valenti, played by Javier Bardem whose fabulous, over-the-top performance is arguably more animated than Lyle. The film is a highly polished piece of family entertainment and is bound to please.

Set on the windswept moors of Ireland in 1923, The Banshees of Inisherin is a very dry, somewhat dark comedy from writer/director Martin McDonagh (In Bruges; Three Billboards) about a friendship on the rocks.

Without warning, Colm (Brendan Gleeson) tells life-long pal Pádraic (Colin Farrell) that he’s had enough of his incessant yapping about trivial matters and wants to be left alone to compose music.

Thinking it’s a joke, Pádraic challenges him only to find that Colm is serious – so serious he’s willing to start lopping off fingers to prove his determination.

McDonagh maintains a constant level of character-based humour while exploring the nuances of the jagged relationship between these two men. It’s a finely balanced story, with strong, understated performances from Farrell and Gleeson who, as usual, are especially good.

The Lost King tells the fascinating, factual story of Philippa Langley (Sally Hawkins), a somewhat meek office worker who becomes intrigued by the truth about King Richard III after seeing the Shakespeare play in which the disgraced royal is portrayed as a scoundrel and a usurper.

The highly engaging story addresses the smear culture of today and, given the current movie climate of superhero films, presents a far more realistic and relatable portrait of what a real-life hero looks like.

And now for a real gift from the stream.

In the wake of the travesty that was Disney’s ill-conceived remake of Pinocchio comes another, far more engrossing adaptation of the classic Carlo Collodi story.

Co-directed by Guillermo del Toro and Mark Gustafson, this adults-only version of Pinocchio is a brilliant stop-motion animation that reimagines the story in Fascist Italy when Mussolini was reshaping society in his image.

It’s a mesmerizing, decidedly dark interpretation complete with nightmarish images as Geppetto goes in desperate search of his wooden son who, at one point, ends up on a bloody battlefield.

Extraordinary stuff. Catch it on Netflix. Just note again: this Pinocchio is definitely not for kids.