The evolution of scams: How to stay one step ahead of crafty fraudsters 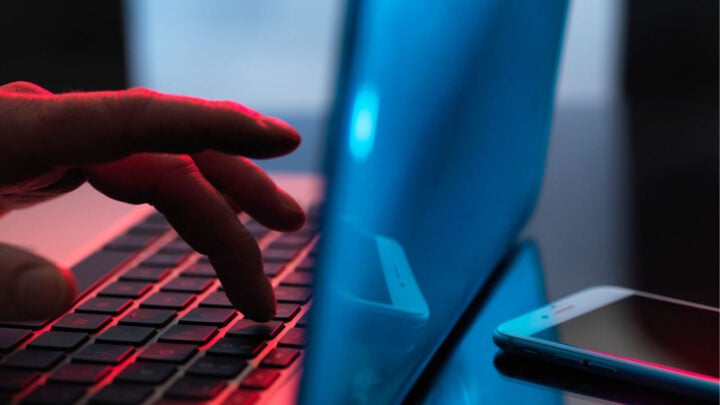 The Covid-19 pandemic has seen a sharp rise in the number of scams. Source: Getty.

Nowadays you’d be hard-pressed to go a week without encountering some form of scam, whether it’s a questionable email in your junk folder, an outbound call claiming to be from Telstra or a dubious post on Facebook. And new data from Scamwatch revealed that things have only gotten worse amid the Covid-19 pandemic, with Aussies being swindled out of more than $1,790,000 since the outbreak.

It’s not surprising that scams have became more prevalent as technology has advanced, but it can certainly be tricky to keep up-to-date with the latest security advice and ensure you don’t fall victim to cruel fraudsters, particularly online.

So Starts at 60 spoke to financial crimes expert Leanne Vale, from the Customer Owned Banking Association (COBA), about how scams have evolved over the past few decades, as well as her experience in the field of financial crime prevention, spanning from the days before the internet to the present day, where everything from shopping to banking and even paying utilities can be done at the click of a button.

“I remember the days when we had the first electronic typewriters at the Police Academy and also working through those early days of the internet,” Vale, who is Director Services and Financial Crimes at COBA, says. “Right back then we would have very simple types of fraud in bank branches, committed by just individuals with paper, or using very, very simple technology means.”

“Technology’s made our life a lot easier. But it’s made it a lot more challenging,” she adds.

Following a stint in the Australian Federal Police, Vale joined COBA – formerly Abacus – in 2003 and she remembers the very first phishing attacks that took place that year, and the problems it began to cause for Australia’s banking sector. Vale’s responsibilities at COBA include advising member institutions on different fraud and financial crimes.

“[The] very, very first emails that went out with very poor wording, very poor English would go out and people would click on links,” she says. “Why? Because we didn’t know that it wasn’t right to do that. So back in those early days, getting software, getting dangerous payloads onto your computer, started to cause a whole raft of other problems in banking.”

But as technology began to play a bigger role in day-to-day life, it didn’t take scammers long to up their game and Vale says she has noticed a phenomenal change in the sophistication of scams over the past five years – including the move to personalised and targeted phishing attempts. “No longer can people rely on seeing badly worded emails or poor English,” she adds.

She goes on to explain: “Today is around targeted spear phishing. So they will target people with an email with their name. So they’ll say, ‘Hi, Jessica, just want to set up a meeting with you about this, and here’s the link to click’. Or, ‘Need some information from you, click this link’.”

“Criminals today will really craft what they want from different individuals,” she adds. “They regroup and they look at things that have worked and haven’t worked, and also they follow the trends in Australia.”

With new scams seemingly cropping up all the time and fraudsters employing increasingly sophisticated methods to dupe Australians out of their hard-earned cash, Vale acknowledges that it can be really frightening, particularly for older Australians, and leave people feeling as if they’re no longer have control over their information. However there are ways you can regain that sense of control, and she says it starts with asking a few simple questions.

“What we need to do is take a step back and think ‘Why is this information needed? What’s it going to do for me, and is it safe?’ The first question should be, ‘Is what I am being asked to do safe? Do I know who’s asking me? Is this definitely Telstra or my bank or the tax office’.” She also warns that if something looks or sounds too good to be true, then it probably is.

This week is National Scams Awareness Week in Australia. If you’re worried you may have fallen victim to a scam you can contact Scamwatch here. Or, if you have any questions for Leanne regarding scams please email [email protected]