Poll: What do you think of live exports? 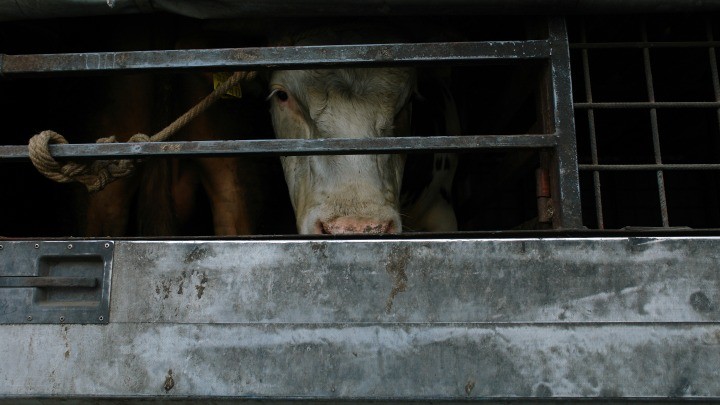 Tony Abbott says the “last thing” the Government will do is stop the live export of cattle, but a newly released poll shows he is out of step with the public’s wishes.

Vets Against Live Export (VALE) conducted a poll in January – before current allegations that cattle are being bludgeoned to death with sledgehammers in Vietnamese abattoirs – and found 59 per cent of those questioned disapproved of live exports. There was a very strong bias amongst women against live export, with 75 per cent wanting to see the trade banned.

The poll also revealed that 72 per cent of respondents wanted mandatory penalties imposed when there were breaches of the law by live exporters, and 81 per cent of those polled wanted independent veterinarians on every live export voyage.

VALE spokesperson Dr Sue Foster said: “Not only is live export bad for animal welfare, but it is bad for the Australian economy. It is clear from recent figures and from statements by key live export players that the live export trade is determined to expand at the expense of the far more profitable meat processing sector. Perhaps Prime Minister Abbott needs to bear this in mind as he tries to fix the economy and contemplates the next election”.

In response to the allegations,a  spokesperson from the Vietnamese embassy says abattoirs are closely monitored and that the video does not necessarily show Australian cattle, or a licensed facility.

Alison Penfold, chief executive of the Australian Live Exporters’ Council, says: ‘These are animals that have been removed illegally from our supply chains being processed in rudimentary local slaughterhouses”.

However activist group Animals Australia says the method of stunning cows with a blow using a sledgehammer, or using the implement to kill the animal, is traditionally how it’s done in Vietnam. The activist groups says it has video evidence that conclusively shows Australia cattle being treated in this inhumane way, however the footage is too brutal to release to the public.

The RSPCA has called for a halt to trade in order to conduct an independent review. “What new twist on this appalling cruelty will it take to make (Agriculture) Minister Barnaby Joyce step up and take action,” a spokeswoman said on Yahoo News.

Is policy out of line with public opinion? We’d love to find out. Tick the box that best describes your position on the issue of live cattle exports:

In the comments, please elaborate on why you chose your answer. Let’s tell the Government how we want to proceed on this issue.