No joke: New data shows Boomers are ‘wealthy and woke’ 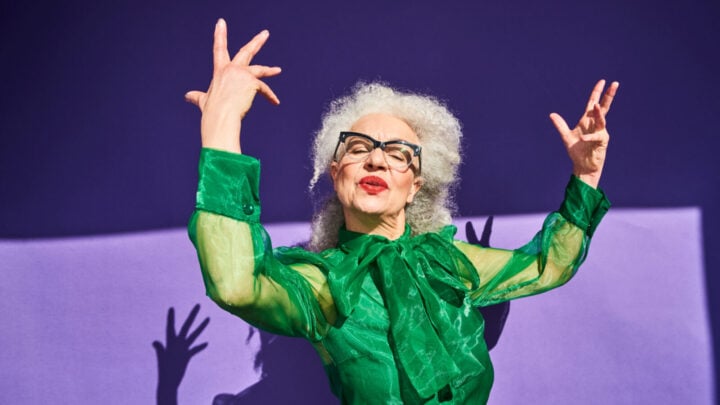 The top findings of the controversial report revealed that the "top 3 issues of concern" for older Australians were, in fact, climate change, housing affordability & homelessness, and Covid-19. Source: Getty

Are boomers, in fact, woke? Well, according to new research conducted by a Council on the Ageing report (COTA), Australia’s boomers are referred to as the opposite of a “homogenous” group, and apparently one that resonates strongly with the problems of today’s youth and recognition of the country’s Aboriginal and Torres Strait Islander people.

According to the What older people think report by COTA, “the report was based on a survey of 6,390 older Australians aged 50+ in New South Wales, plus eight focus groups exploring the issues in greater depth”, findings that generally contradicted the existing stereotypes of older Australians, particularly that they are largely an anti-woke group with strong socially conservative views.

Meagan Lawson, CEO of COTA, explained the company’s reasoning behind seeking the data was to identify the accuracy of traditional boomer stereotypes.

“COTA NSW wanted to obtain some concrete information about the views of older people, to see how well they compared with the stereotypes we see in politics and the media,” Lawson said.

Lawson revealed that the findings actually supported the view that older people were apparently more socially conforming than we otherwise thought. Huh?

“The results back up what COTA NSW already knows – that older people are not a homogenous group and hold a range of views and attitudes,” Lawson said.

The top findings of the controversial report revealed that the “top 3 issues of concern” for older Australians were, in fact, climate change, housing affordability & homelessness, and Covid-19.

The report revealed that 81.7% of respondents believed that “Aboriginal and Torres Strait Islander peoples should be recognised in the constitution” and that 3/4 believed that “cultural diversity had a positive impact on Australia”.

“I think that our diversity should be celebrated and tapped into, and we haven’t. I don’t know why politicians and I don’t want to get political, but
I don’t know why politicians are afraid of it. Because what happened with the Uluru statement was not controversial. I don’t think First Nations people should have to work so hard to try and get recognition,” wrote on focus group respondent.

Furthermore, the findings also revealed that 78.6% of older Australians deemed climate change as an issue they throughly or moderately understood.

Perhaps most surprisingly, 50% of respondents believed that they had “more social and economic opportunities than young people today”.

One focus group respondent admitted they felt housing affordability was a “major issue” for Australia’s youth.

“I agree that housing affordability is a major issue. Our young people are not able to afford to buy into the housing market. And I think that’s a subject of great concern. Because as they get older, they will become increasingly unable to afford to rent somewhere. Rent affordability
is also an issue,” wrote another focus group respondent.

Over 50% of respondents also agreed with the statement, “It’s getting harder to access information and services without using the internet”.

“I’m personally uncomfortable with the pace of change in technology. My concern is the number of organisations that have assumptions
or expectations about people and their access to or their ability use apps and the internet. This is inappropriate, especially for people who may not be so familiar with the technology,” admitted a focus group respondent.

Whether or not these findings are, in fact, accurate portrayals of the views of Australia’s boomers, is unknown. The takeaway, however, is possibly that older Australians can no longer be put into the same basket and that they are perhaps more diverse and compassionate than what we may have originally believed. Otherwise, it’s simply all BS.