Christmas flicks to get you in the festive spirit 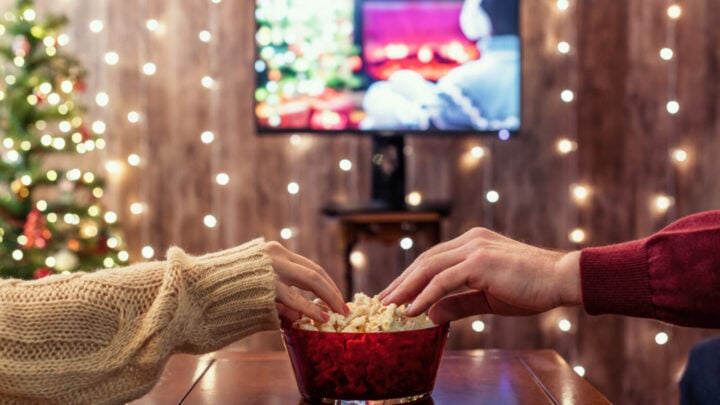 There’s something about Christmas that seems to bring about a multitude of schmaltzy romantic movies, most are forgettable but once in a while a classic emerges; like Love Actually, It’s a Wonderful Life, Miracle on 34th Street, and Polar Express. Remember, “every time you watch a Christmas movie an angel gets their wings”.  Two new movies and some old favourites here, as this month it’s all about Christmas and the holidays.

I hope you enjoy yours, however you spend it.

Falling for Christmas is a Netflix 2022 offering with Lindsay Lohan and Chord Overstreet, (yes… that is his name and may be the best name ever for an actor? Fun fact: His siblings are Nash, Summer, Charity, Skye, and Harmony Overstreet).

The plotline is about a rich hotel heiress with a dodgy boyfriend who has an accident resulting in amnesia and finds herself in the care of a handsome widower with a young daughter who is struggling to keep his family resort afloat. Not an ounce of realism to be had in this one.

The bloke who shares the couch (TBWHSTC) reckons the outtakes at the end were the best part of the movie. George Young sparks as Tad Fairchild, the self-obsessed boyfriend. If it’s raining and you need something to watch while you write Christmas cards, this could be the movie for you.

Or perhaps you could listen to music?

National Lampoons Christmas Vacation, a Christmas night favourite at our place when all the food is eaten, the drinks are drunk, presents unwrapped and the relatives have returned home. TBHSTC will settle in to chuckle at the same old jokes, as the Griswold’s special efforts for a magical family Christmas extravaganza go astray and chaos ensues.

So entrenched is the cultural impact of this movie that we rudely refer to people’s well-lit and decorated houses as “Clarke’s place” (only in private and because we may secretly be a bit jealous).  The movie is worth watching for the Christmas lights in the garden scene alone.

Clark loses his temper in absolute frustration trying to get the Christmas lights working and takes his frustration out on the other plastic yard decorations. Chevy Chase (Clark Griswold) apparently broke his finger while filming, but the cameras kept rolling and the scene remains in the film.

I suspect TBWSTC loves it because either he has consumed copious amounts of alcoholic beverages or it makes our day seem incredibly well organised and sophisticated in comparison – most likely a combination of the two.

It is the most ridiculous movie with over-the-top acting.

Two women, experiencing relationship disasters, unrequited love, and unfaithfulness, impulsively swap homes (a cottage in an English village, and a luxury LA home) for the holidays.

It’s an easy-to-watch movie with an amazing performance by Eli Wallach who plays the LA neighbour, Arthur. He was 90 years old when the film was made.

It’s nuanced, well-directed, and has a sprinkle of humour, and although predictable, it’s not as sticky-sweet as many others of this genre.

Bridget Jones’s Diary released way back in 2001 Helen Fielding’s book became a movie starring Renee Zellweger.  It’s more a holiday movie than Christmas, as at her parent’s New Year party, Bridget is reintroduced to a childhood friend, Mark Darcy, a son of her friend’s parents.

Mark calls Bridget foolish and vulgar and Bridget thinks Mark is arrogant and rude. The name Darcy isn’t the only link to Pride and Prejudice, which Fielding based the novel on, but Colin Firth also played Darcy in the BBC 1995 adaption.

Bridget overhears Mark admonish his mother for an attempt to set him up with “a verbally incontinent spinster who smokes like a chimney, drinks like a fish and dresses like her mother” and resolves to give up drinking, lose weight stop smoking and find Mr Right (who hasn’t made those new year resolutions at some point??).

Her diary chronicles her self-improvement efforts. There is a love triangle, Colin Firth and Hugh Grant, some great friends, and some classic one-liners.

Multi-award-winning, it’s another of those movies you can watch and rewatch and I still prefer it to the later Bridget Jones sequels.

Christmas with You is another 2022 Netflix offering. Described as charming, feel-good, and romantic, Aimee Garcia and Freddie Prinze Jnr are a pop musician and fan who meet and find love at Christmas.

It is as sweet as the Popping Candy and Prosecco chocolate-dipped honeycomb I snacked on while watching it.

Fortunately, it only lasts for 1hr 30 mins the honeycomb lasted about 1 hour and 25 mins.

A Castle for Christmas is a 2021 Netflix movie with Brooke Shields and Cary Elwes. Escaping a scandal, bestselling author (Shields) flees to her grandfather’s childhood home, a castle in Scotland where she meets the grumpy Duke who owns it, (Elwes).

Part girl power, part Mills and Boon, this was an enjoyable escape, or as Netflix described it- “comfier than a soft-wool-tartan romance”.