‘My daughter doesn’t want my husband to be called grandpa’ 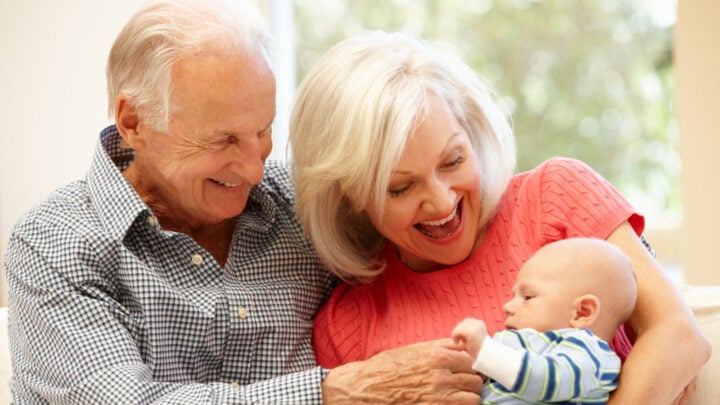 The grandmother explained that she and her husband have been married for nearly 16 years now, and her granddaughter is almost two. Source: Getty

An upset grandmother has taken to online forum Gransnet to vent her frustrations, after her daughter insisted her stepfather be called ‘uncle’ instead of ‘grandpa’ by the new granddaughter.

The grandmother went on to explain that she and her husband have been married for nearly 16 years now and her granddaughter is almost two, but her daughter still won’t budge, adding that she believes the daughter’s ex-husband may be the driving force behind it.

“This is really breaking his heart and mine, as he [husband] has always loved her and treated her as his own daughter,” she wrote. “I don’t want a show-down but this elephant in the room is squashing my life! Surely he’s entitled to be called what he wants — not what she wants?”

The grandmother concluded by asking, “Has anyone else had this problem and, if so, how did you resolve it?”

Readers replied with their own experiences, with one commenting, “My mother remarried after my father died. I always call my stepfather by his Christian name. When my children came along, they did the same. He wasn’t bothered at all.”

Another said her mother’s long-time partner was always called granddad by her children, explaining, “I loved to be able to do this for him, as he never had any children of his own. However, my brother’s children called him ‘uncle’ and then his first name as they became adults. Mine still called him grandad, he died five years ago and I always called him my stepdad even though they weren’t married. I can’t understand, if your husband has been such an important part of your lives, why he can’t be called grandad? Children can have lots of grandparents — the more the merrier!”

One commenter suggested calling him a different name, like pops or papa. “Either that or his Christian name,” they said. “Not worth getting upset.”

However, other fellow Gransnet users said it’s not up to them to decide, with one writing, “It’s the child’s parents who decide. Your husband is a relative only by marriage, and the child has a blood grandfather, however much you may dislike him. What a fuss about such a trivial matter. I speak as a step-grandmother … the children call me by my Christian name, by mutual agreement.”

Another added: “As others have said, it’s really a parental decision to make. Your DH [darling husband] may have treated her like his own, but she was an adult when he entered her life and she has a father, so maybe the emotional closeness just isn’t there for her.”

What are your thoughts? Do you agree with the grandmother?