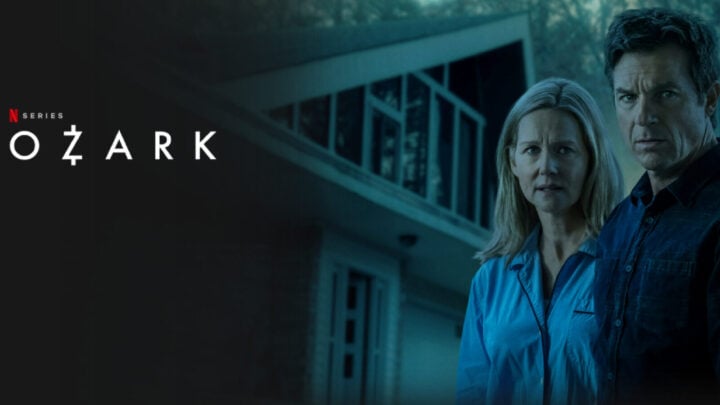 'Ozark' is a great program with strong female characters. A perfect show to watch in celebration of International Women's Day! Source: Ozark/Netflix

Who doesn’t love a good, woman-led television programme? Let’s face it. Female-led fiction is the best. It’s emotional, dramatic, and keeps you on the edge of your seat – while also making you giggle in a clever way other programmes just don’t. As we celebrate International Women’s Day on March 8, it’s a perfect time to focus on some strong women characters and their shows available to view.

Killing Eve is a household favourite- both The Bloke Who Shares the Couch (TBWSTC) and I are fans, watching all seasons to date and waiting impatiently for the fourth and final season which releases soon.

Sandra Oh plays Eve, a security services operative and Villanelle, a talented assassin, is played by Jodie Comer. These two fierce women, obsessed with each other, have played an epic game of cat and mouse, across Europe over the seasons of the show.   Killing Eve was created by actor and writer Phoebe Waller-Bridge (who also created Fleabag, The Flight Attendant and Promising Young Woman).  This show is not for the faint-hearted and Waller-Bridge remarked that the characters “give each other life in a way that’s more complex than a romantic relationship. It’s sexual, it’s intellectual, it’s aspirational.”

Best watched sequentially for context, (and because why wouldn’t you?) new viewers will soon see why it has received several accolades and awards.  Both Oh and Comer have won multiple Best Actress awards for their roles, with Fiona Shaw winning one for Best Supporting Actress as Carolyn Martens. Killing Eve is available to stream via a Stan subscription, or you can view the last two series on ABC iView.

Marty and Wendy are back – somehow still alive and becoming ever more embroiled in the dark world of drug money laundering.   The final season is in two parts with the first seven episodes now on Netflix. I was a bit torn whether Wendy Byrde fitted my strong female character brief but on reflection of her growth, particularly in Season 3, Wendy scraped in to make my list.

Ozark was created by Bill Dubuque and Mark Williams with the storyline that a financial advisor Marty Byrde has to take his family out into the Missouri Ozarks to launder drug money to appease some rather nasty drug bosses.  Ozark stars Jason Bateman as Marty, Laura Linney as Wendy and Julia Garner as Ruth. As the now favoured associates of cartel leader Omar Navarro I can’t wait to see whether there is any way out for Wendy and Marty Bryde.  Ruth Langmore, played by Julia Garner is receiving rave reviews for her gutsy performances this season and is another strong female.

Ozark is dark and can be a bit violent but it’s been a journey that I am sticking with. I just hope that my prediction for Wendy and Ruth sees them worthy of inclusion in this list.

First airing back in 2015 Unbreakable was created by Tina Fey and Robert Carlock. The storyline is that Kimmy has been released from a cult that kept her underground for 15 years and now Kimmy has to negotiate life in New York City, a life that the wonderfully naive Elly Kemper as Kimmy didn’t even know existed.  Kimmy navigates how to live, work, date and exist in this strange place with the help of her roommate Titus Andronicus, (Titus Burgess) hysterically streetwise landlady Lillian Kaushtupper (Carol Kane) and self-obsessed socialite Jacqueline Voorhees, (Jane Krakowski). The comedic work of the cast is superb with some real stand out moments from each of them.

This show is laugh out loud funny and so very quirky as one would expect from the amazing comedic talents of Tina Fey.  With four seasons in total all available on Netflix, Unbreakable Kimmy Schmidt is a light-hearted, feel-good series with some good laughs as Kimmy proves she is indeed Unbreakable. The theme song is very catchy too.

On Becoming A God in Central Florida

The Netflix overview reads, “Plucky water park worker Krystal Stubbs works her way up the ladder of FAM, a cultish, profitable pyramid scheme that once bankrupted her family”.

On Becoming a God in Central Florida (OBAGICF), is a clever and absurd satire that mixes humour and human tragedy against the built-in failures of multilevel marketing schemes. Krystal, played by Kirsten Dunst, emerges as a strong woman when her back is against the wall.   The characters involved in FAM are so very desperate to believe in something, with the fantasy of being their “own boss” distracting from their lack of power and control which is very sad and very real.

Created by Robert Funke and Matt Lutsky, OBAGICF stars Theodore Pellerin, Mel Rodriguez and Beth Ditto alongside Dunst.  After being met with generally positive reviews, the show was renewed for a second season in September 2019, however, this decision was overturned after the pandemic hit and it was cancelled in October 2020. You can still watch OBAGICF on Netflix.