‘Watch, wait and keep healthy: How I deal with having a rare cancer’ 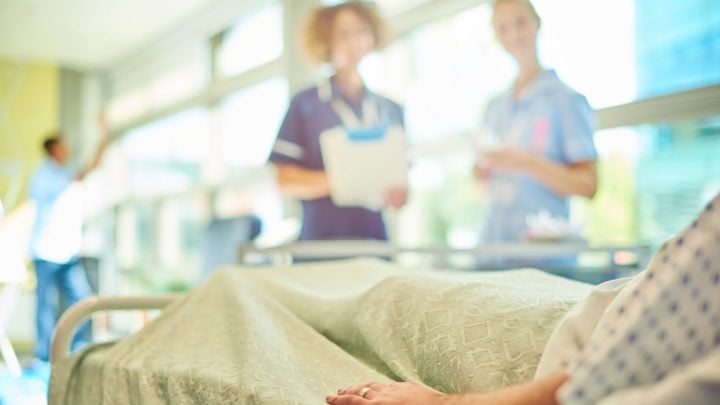 In 2010 when I was 65, my GP sent me to a haematologist. Three successive blood tests had shown high lymphocyte (high white cell) count readings, meaning my immune system was at risk. I was diagnosed with T cell large granular lymphocytosis leukaemia, or LGLL. Now the leukaemia part scared me, but my GP just said “Whatever way you look at it” and I decided things could be worse.

It was a chronic dormant leukaemia and most people are on a watch and wait. My only symptoms were reoccurring mouth ulcers that didn’t make me stop eating, I just had to chew through the pain. Certain spicy things I had to avoid while each ulcer ran its course. Other than orthopaedic operations up till then, I had been healthy.

In 2017, my husband and I were on our usual winter motorhome trip, this time a complete trip from the east coast of Australia to the west and back over the Nullarbor. I spent the whole trip getting a lot of infections. Upon arriving home I had bronchitis and, either side of Christmas, I was hospitalised twice with pneumonia. In between I had foot surgery, so for the two hospital stays my leg was in plaster. I hadn’t seen a haematologist for several years so felt it was time I did.

Blood tests showed I had chronic low antibodies. That explained the frequent infections. The haematologist had told me to ring in three weeks for results, but he rang me back in two days. Intragam infusions were ordered, which means I spend a few hours every month as a day patient in hospital having donor antibodies, which have boosted my immune system. It’s my blood condition progressing. I have always had my flu and pneumonia vaccines.

I have joined a Facebook support group, but this is a rare disease and some are a lot worse than I am. The group are mainly Americans, a lot are under the doctor who gave a name to this disease. I know of a handful of Australians, my doctor has five of us under his care. Of course we are not in contact with one another, but now we have an Australian Facebook support group so more might join.

I’ve had to have foot surgery along the way, the enforced rest enabled me to concentrate on blogging, reading and spending the time being thankful for the health I have. Keeping healthy is a priority without it consuming every waking moment. My husband and I still travel in between infusions, but don’t like to plan too much ahead unless if it’s a cruise or interstate and we make sure we have good travel insurance.

Car travel is our favourite mode of travel as neither of us want to sit at home and miss out on adventures just in case something might happen. We will deal with whatever comes our way.

Have you heard of LGLL? Have you or has a loved one ever been diagnosed with a rare illness? How have you responded?