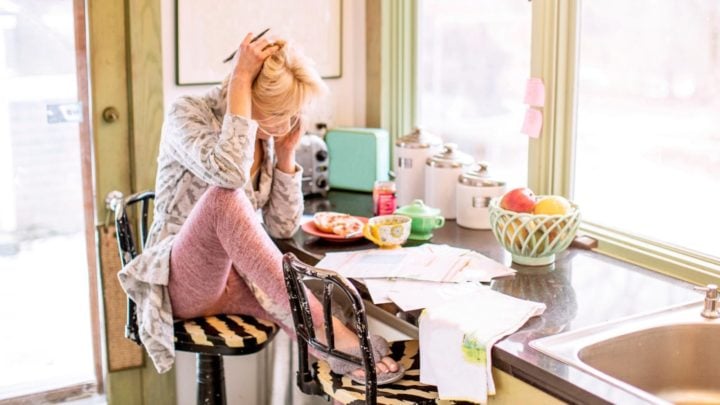 The perils of the age pension in Australia have some living on stringent budgets. Source: Getty Images

The pitfalls of the pension, older citizens barely surviving below the poverty level in Australia. This is the tale of many senior citizens.

Older people on the pension do receive more than the Newstart or Dole allowance. Seniors are still allowed to work to supplement their income.

Maybe we should plan never to retire. Yet one of the pitfalls of being a senior is that it is harder to find well-paid employment. Then health issues can creep in. Many over-60s folk are struggling to survive in society on Newstart, unable to find adequate employment due to the burden of chronic health conditions. Such people can barely afford one meal per day, the pantry is empty, and they dread the long walk to the letterbox to receive ever rising bills for utilities.

The age pension finally arrives. We are old enough! Even for couples, daily life can be a battle. I know of older single ladies, and couples, who carefully scrutinise the free catalogues from the supermarket, to check if they can afford the weekly specials. Don’t spend the age pension all at once on food.

One senior married couple battled for years on the married seniors’ pension. Being tough, the budget was stringent. They found an old-fashioned butcher, where they could buy one sausage each, one burger patty each, a bag of cheap mince to make a tasty meat loaf to last them three nights. Nice with a bit of gravy and mashed potatoes. This was better than buying expensive bulk packets of meat from the supermarket. They bought a few fresh vegetables.

On winter nights, they sat in the dark, watching television with rugs on their laps, too scared of their utilities’ bills. Most nights, they went to bed early, terrified to heat their unit, despite their pensioner concessions. They downscaled their lifestyle, no extra car trips to visit their family, due to the rising cost of petrol. They were too proud to tell their wealthy, middle-aged adult children, in case they thought the seniors could not manage.

It was the pitfalls of the pension. They were too old to work, and had ageing health issues, but they kept a positive outlook. The lady of the house passed away, a grand old dame, fought cancer all the way. Now her geriatric widowed husband is left alone in their unit, one single pension to last him.

Do politicians’ parents live like this? I wonder, as I ponder on the pitfalls of the pension. Is the level of the age pension some form of prejudice against seniors? How long can the government fund the welfare system anyway?

Here am I, working modestly part-time, with chronic health conditions, musing on how I am going to manage if I reach my geriatric years. Seniors do need to downsize their activities, such as relying on free library books or DVDs for example. We need to somehow reduce food bills, try to budget for the utilities, aim for simple pleasures. There are concessions on bills and pharmacy scripts, but it never feels like enough.

Lots of pensioners are dipping into any savings or assets, just to feed themselves and fund their bills. Then what? Self-funded retirees are whinging they are denied the pension and its entitlements. Is it the pitfalls of the pension, or the perils of ageing in Australia? Don’t ask the Prime Minister or the Leader of the Opposition. There is no response.

Are you on a pension? What are some of the pitfalls for you?