What to do with your unwanted medication 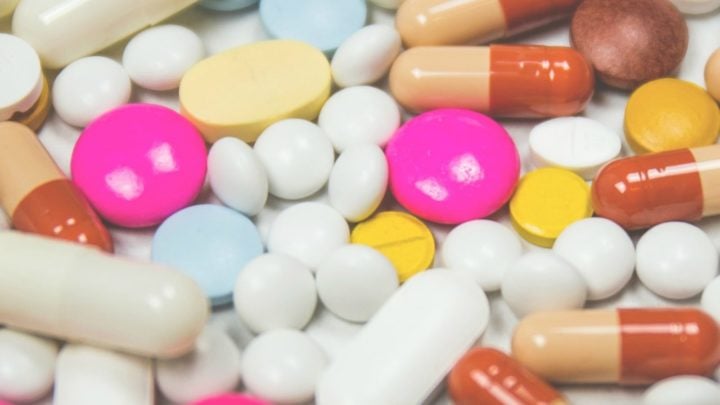 Throwing unwanted medication in the bin or flushing it down the toilet isn't recommended. Source: Pixabay

If you’ve ever found some expired medication in the back of your cupboard or you’ve wound up with some leftover tablets because you didn’t need to finish a script, you may have wondered what to do with the medication. Some people choose to hold on to it for a rainy day, while others may throw unwanted meds in the bin, flush them down the toilet or toss them down the sink.

According to Return Unwanted Medicines – a non-for-profit company funded by the Commonwealth Government through the Department of Health – none of these options are safe. In fact, the organisation is all about helping Australians safely dispose of their unwanted medications for their safety and the benefit of the environment. Starts at 60 is looking at the best ways to safely dispose of unwanted meds and when it’s appropriate to keep them.

How do I safely dispose of medication?

If you can’t see the bin at your local pharmacy, talk to the staff or pharmacist and they should be able to assist and if they can’t, Return Unwanted Medicines can be contacted on 1300 650 835 for further assistance.

While needles and syringes aren’t accepted and should always be placed in the relevant sharps container, most other medication is accepted. It doesn’t need to be in its boxes or packaging, but it can be accepted if it’s still in its foil strips. Similarly, insulin pens, inhalers that contain active ingredients, unused epipens, complementary medicines, and medications such as paracetamol and codeine can be returned. If unsure if the medication you have can be accepted, check with your local pharmacist.

What medications are other people returning?

All medication has an expiry date and it’s the last date that the full potency and safety of a medication is guaranteed. If you or a loved one takes expired medication, there’s a risk that it won’t work correctly, that it will be harmful because of changes in chemical composition or that it will cause poisoning.

As such, it’s advised to dispose of all medication that isn’t being used and to pay close attention to the expiry date on the medicine’s packaging. If you’re unsure, check with a pharmacist or purchase new medication.

Why is keeping unused medicine in the home dangerous?

Return Unwanted Medicines says that keeping unwanted medications in the home can be dangerous for a range of reasons. The biggest risk is that they’ll accidentally be taken by a child, pet or someone who’s not meant to be taking them, which could cause illness, poisoning and other health issues.

The medication may also be ineffective if it’s expired, while there’s also a risk of medication contaminating the environment if they’re simply thrown in the bin or down the drain. Previously speaking to Starts at 60 about this issue, Toni Riley, pharmacist and project manager at Return Unwanted Medicines, explained that people have more than themselves to worry about when they keep unwanted medication in the home.

“You might be safe, but what about your grandchildren who come and visit and might find your tablets and get into them? That’s a concern,” she said. “The whole point of it that we’re really concerned about is safety in the home, safety for yourself so you don’t get confused, safety for your visitors so they don’t access medicines inappropriately and environmental protection.”

She added: “Don’t put them in the rubbish bin, don’t put them down the drain or the toilet, look after the environment. There’s a whole lot of messages associated with this.”

How do you dispose of your unwanted medication?