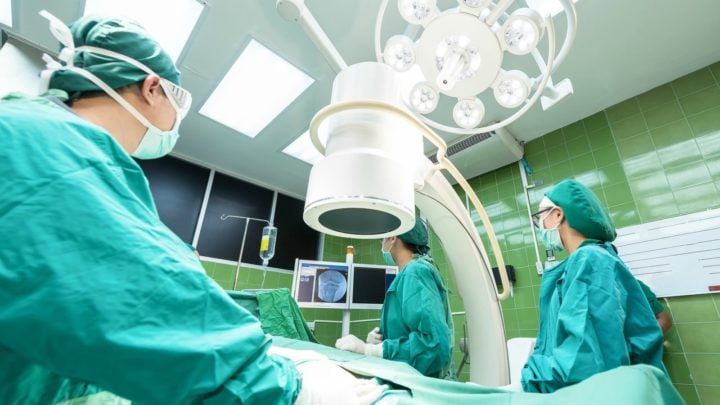 New research shows that many over-65s are actually suffering from silent strokes when they undergo elective, non-cardiac surgery. Source: Pixabay

There’s an array of reasons why older people require surgery and while the intention is to help them recover from a health issue or medical problem, new research shows that many over-65s are actually suffering from silent strokes when they undergo elective, non-cardiac surgery. Researchers from the McMaster University in Canada also found that these people double their risk of cognitive decline a year after their surgery.

Also known as covert strokes, silent strokes don’t cause symptoms such as weakness in arms or speech issues that are associated with overt strokes and are only picked up when a person undergoes a brain scan or MRI. More than 50 million over-65s worldwide have major, non-cardiac surgery each year but until the release of the latest study, little was known about the incidence or impacts of silent stroke after surgery.

The study, published in The Lancet Journal, found that the silent strokes are more common than overt strokes in over-65s who undergo surgery and that one in 14 people over 65 who have elective, non-cardiac surgery experience this type of stroke. This means as many as three million people in this age category alone are suffering silent strokes every year.

Researchers analysed 1,114 patients over 65 from 12 locations across North and South America, Asia, New Zealand and Europe as part of the NeuroVISION study. Each patient received an MRI within nine days of their surgery to investigate whether there was any evidence of a silent stroke.

Researchers followed patients for a year following their surgery to test their cognitive abilities and found those who suffered a silent stroke after surgery were more likely to experience cognitive decline, perioperative delirium and even overt stroke and transient ischaemic attacks when compared to patents who didn’t have a silent stroke.

“Over the last century, surgery has greatly improved the health and the quality of life of patients around the world,” co-principal investigator Marko Mrkobrada said in a statement. “Surgeons are now able to operate on older and sicker patients thanks to improvements in surgical and anaesthetic techniques. Despite the benefits of surgery, we also need to understand the risks.”

The study found that both overt and covert vascular brain injuries were being detected more frequently and that the results provide experts with important information about the development of vascular injury after surgery.

“The results of NeuroVISION are important and represent a meaningful discovery that will facilitate tackling the issue of cognitive decline after surgery,” researcher Brian Rowe said.

The latest study comes just weeks after researchers from UCLA found initiating stroke treatment just 15 minutes quicker could save lives and prevent disability. For that study, which was published in the JAMA Journal, researchers investigated 6,756 stroke patients’ treatment results and found that for every 1,000 patients who were treated 15 minutes earlier, 15 fewer people died or were discharged to hospice care.

The research also found that 17 more people were able to walk out of hospital without assistance and 22 more could care for themselves when they were discharged from hospital.

It’s always important to talk to your health professional about your risk of stroke and any potential side effects that could be caused by surgery. In cases where the risks are likely to outweigh the benefits, it’s likely that doctors would advise against surgery.

Do you know someone who’s experienced a stroke after surgery? How did they recover?