Fitness really does work: How exercise is helping prevent Alzheimer’s 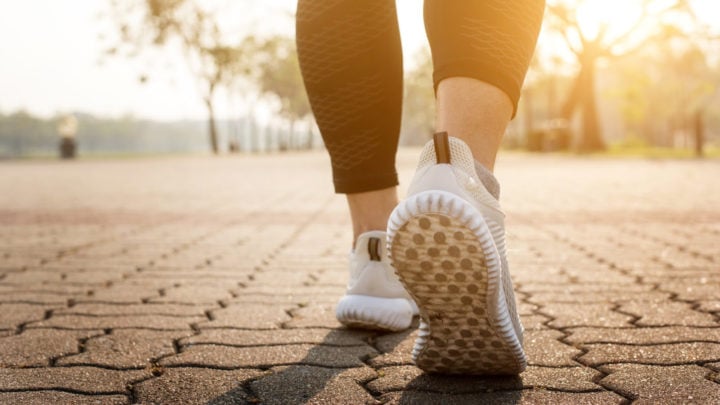 A hormone produced while exercising could help to prevent Alzheimer's disease. Source: Getty

Exercise has long been known as one of the essential elements for a healthy lifestyle but new research has revealed it could help with one of the world’s most common diseases, too.

A new study conducted by the Federal University of Rio de Janeiro has found a particular hormone that is released through exercise has the potential to stop the debilitating memory loss associated with Alzheimer’s.

The research, which was published in Nature Medicine, uncovered the beneficial properties of irisin – a messenger protein generated by muscle tissue that is carried around the body in the bloodstream.

The team of international scientists found those suffering from Alzheimer’s had lower levels of the protein than an average healthy person. They produced similar results for its protein precursor FNDC5.

For their study scientists conducted tests on mice and analysed memory decline when irisin levels were cut.  From here they were able to reverse the effects by restoring the hormone.

The study also found if receptors for the protein were blocked in the mice, exercise no longer benefitted memory.

Although further studies are required to understand exactly how irisin enters and interacts with the brain, researchers believe the new findings could pave the way towards new therapeutic strategies to mitigate cognitive decline in patients with Alzheimer’s disease.

The findings follow a major breakthrough in Alzheimer’s research in 2018 that found an existing HIV medication could be used to treat the cognitive condition.

A study by researchers at the Sanford Burnham Prebys Medical Discovery Institute in San Diego, published in Nature Journal, probed further into the underlying cause of Alzheimer’s disease and examined the genetic neurons in the brain that rearrange themselves over a person’s lifetime.

Using new technology, researchers noticed that genes are “mixed and matched” in the brain over time and that one of the genes in this process is linked to Alzheimer’s disease.

This is great news for those living with Alzheimer’s as new medications can take up to 10 years to be approved by the FDA and similar drug authorities. This time they won’t have to wait before beginning clinical trials as the HIV medication is already readily available.

Do you know someone who lives with Alzheimer’s? What are your thoughts on the latest research?