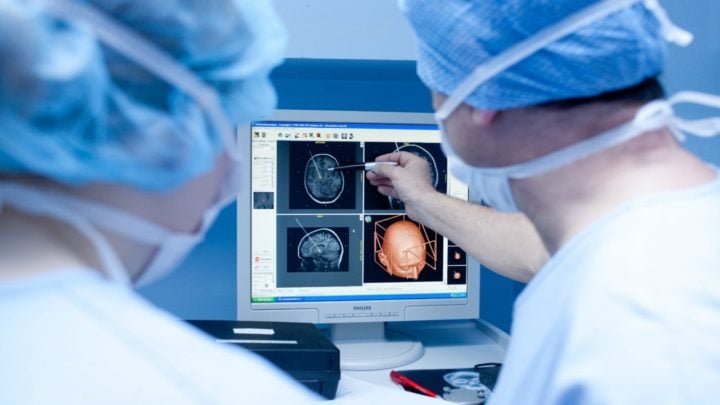 While most people know that dementia is a term given to a collection of disorders that impact brain function and result in memory loss, mental decline, disorientation and behavioural changes, a new study shows than an alarming number of people wrongly think dementia is a normal part of the ageing process.

In fact, a new global survey of almost 70,000 people living with dementia, carers, healthcare practitioners and the general public across 155 countries – including Australia – has revealed an alarming lack of knowledge around dementia, with two thirds of people thinking the disease is a normal part of ageing. The World Alzheimer Report 2019: Attitudes to dementia was commissioned by Alzheimer’s Disease International and reveals the results of the world’s largest survey ever undertaken into attitudes to dementia.

The survey found that almost 80 per cent of the general public are concerned about developing dementia at some point and one in four people think that there’s nothing we can do to prevent dementia. There also appears to be shame attached to the cognitive condition, with 35 per cent of carers admitting they have hidden the diagnosis of dementia of a family member.

Over two thirds of people said they would take a genetic profiling test to learn whether they are at risk of dementia, while 95 per cent of people said they think they could develop dementia in their lifetime. The fear of developing dementia is high globally, but the true understanding of the disease is low – a worrying statistic given that Alzheimer’s disease and other dementias are the fifth leading cause of death globally.

Meanwhile, 40 per cent of people said they thought doctors and nurses ignored people with dementia, while one in five said developing dementia was down to bad luck, almost 10 per cent said it was God’s will and 2 per cent blamed witchcraft. With more than 50 million people around the world currently living with dementia, the CEO of Dementia Australia Maree McCabe said more needs to be done to reduce stigma and discrimination.

“These findings confirm there is much more to be done to raise awareness about dementia – which is the leading cause of death of women in Australia, and the second leading cause of death overall of all Australians,” McCabe explained. “While age is a risk factor, dementia is not a normal part of ageing, and there is no cure for this progressive illness. There are estimated to be 447,000 Australians with dementia and, without a medical breakthrough, this is expected to increase to almost 1.1 million by 2058.”

The survey found that more than 85 per cent of people live with dementia didn’t think their opinion had been taken seriously, with McCabe adding that stigma and discrimination around dementia remain critical issues.

“We know, because people living with dementia tell us, that discrimination exists and that it impacts on their everyday life,” she said. “Too many people do not know where to turn, and there is a perception in communities that nothing can be done following a diagnosis of dementia.”

McCabe added that this stigma can also be a barrier between major breakthroughs in research and funding that could improve the lives of people living with dementia. Meanwhile, Alzheimer’s Disease International’s Chief Executive Paola Barbarino said stigma “is the single biggest barrier limiting people around the world from dramatically improving how they live with dementia”.

“The consequences of stigma are therefore incredibly important to understand. At the individual level, stigma can undermine life goals and reduce participation in meaningful life activities as well as lower levels of well-being and quality of life,” Barbarino said. “At the societal level, structural stigma and discrimination can influence levels of funding allocated to care and support.”

Dementia Australia describes dementia as “the chronic disease of the 21st century” and is calling on Aussies to consider how discrimination impacts people living with dementia, their families and carers. McCabe said: “We need everyone, from family and friends, work colleagues, to government and researchers, to think and behave differently to bring about a societal shift in thinking about dementia.”

They survey was released ahead of World Alzheimer’s Day on Saturday 21 September and to mark Dementia Action Week in Australia.

What are your thoughts on this study? Are any of your loved ones living with dementia?