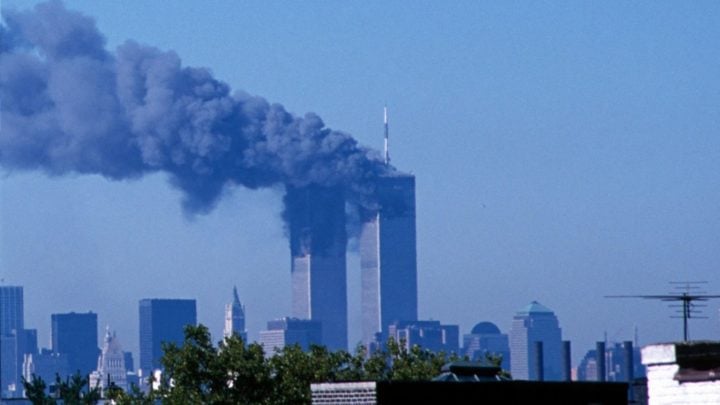 One of the major events to stand out for Debra was the terror attack on the World Trade Centre in New York, United States on September 11, 2001. Source: Getty Images

So many dates feature on a Baby Boomer’s global calendar. Big dates. History changing dates! Some registered and stay with me; others had little to no impact. I’m sure there’ll be some of these on your list, but you’ll doubtless have others that resonate.

My first recognition that something major happened in the world was in 1963. I was nine years old. My mum and dad were in tears. John Fitzgerald Kennedy, 35th President of the United States, was assassinated on November 22 while riding in a presidential motorcade through Dallas, Texas. The resulting coverage blanketed TV and newspapers everywhere. Adults said that somehow this murder changed the world, though no one ever bothered to explain just what that would mean to us kids.

In April 1963, Australian prime minister Harold Holt announced that a decimal currency would be introduced in February 1966. The idea had been brewing for more than 100 years, but Mother England put her foot down: pounds and the base-12 system were a proud tradition. But switch we did.

It nearly killed my grandmother who had her own haberdashery shop; not long after, a further change from imperial to metric measurement guaranteed her early retirement and demise.

There was even this sing-along advertisement.

She loves you, yeah yeah yeah … At 6:30am on the morning of June 11, 1964, the Beatles flew into Australia. The ‘Fab Four’ — John Lennon, Paul McCartney, George Harrison and Jimmy Nicol (standing in for hospitalised drummer, Ringo Starr) changed teenagers forever, heralding a new musical era. I loved them then, have every song of theirs from A-Z, and still love playing their music.

On February 3, 1967, Ronald Joseph Ryan was the last person to be legally executed in Australia. I recall his photo vividly — the black and white image of a serious, thin-faced man wearing a hat, a white shirt and dishevelled jacket was plastered in every publication. He didn’t ‘look like a murderer’, he looked like someone who might have worked with my dad. I remember being very disturbed about this and how hanging is an awful way to die.

In 1968, a Select Committee of the Australian Senate came to the unanimous conclusion that it was both practical and desirable for Australia to change to the metric system. I for one was very happy to wave goodbye to antiquated terms like chains, furlongs, gills, bushels, rods, and pecks (poor old Peter Piper). Yet it wasn’t until June 12, 1970, that the Australian Metric Conversion Act was passed by Parliament.

On July 20, 1969, school students were permitted to stay home to witness the live televising of Apollo 11’s mission to the moon. “That’s one small step for man, one giant leap for mankind”. American astronauts Neil Armstrong and Edwin ‘Buzz’ Aldrin became the first humans ever to land on the moon with Armstrong becoming the first person ever to set foot on lunar soil.

In 1975, I started a new job that involved learning how to code and operate a memory typewriter. This was the forerunner to the computer age, something that has had a major impact on my life.

After marrying and having children, I went back to work in 1986 — to face a whole new world. A ‘word processor’ had replaced the memory typewriter, which was soon replaced by a personal computer, DOS coding required. It printed information on a dot matrix printer that was so loud it had to be housed in an acoustic box.

From the ’80s to now, it was a requirement to undertake ‘professional development’, something that has over the years racked up months of my time with courses, seminars, info-tech sessions, trips into the city to attend upgrade classes, ‘teach the teacher’ sessions, to online tutorials and webinars to stay professional, current, and on top of the constant changes going on in technology.

Today we’re Bluetooth and ‘in the cloud’, have electronic signatures, sync with devices, upload to drop boxes, and who knows what else, but what tickles my sense of humour is what they’ve forgotten. We’re still using the QWERTY keyboard and I have never met one tech person who can touch type!

February 1983 — Ash Wednesday and February 2009 — Black Saturday. My parents were caught up in the Ash Wednesday evacuation in Anglesea, Victoria, and it traumatised my mum for quite some time.

She used to love painting the bush around their home and her heart was broken to see the devastation. Thank heavens she passed away before Black Saturday — among Australia’s all-time worst bushfire disasters, which resulted in Australia’s highest ever loss of human life from a bushfire: 173 fatalities. Channel 9’s long-time newsreader Brian Naylor — “May your news be good news and goodnight” — died hugging his wife, Moiree, as the fire consumed their Kinglake home.

With the advent of mobile technology, so many horrible things are now not only visible, but constantly in your face. I think this makes it harder to disassociate, to shake it off, to ‘move on and get over it’. I will never forget the relentless vision of al-Qaeda’s terrorist attacks on the twin towers, September 11, 2001. What is now termed 9/11, it is the single deadliest terrorist attack in human history. The Falling Man … I still can’t stop seeing the Falling Man.

However, for every tragedy there are stories of good news. For 15 years I worked in publicity and communications with a large Library Corporation working with many famous authors and producing large-scale events. But I still get a clenched tummy remembering my first-ever publicity release of a new edition Harry Potter book into Libraryland!

The secrecy and security were ridiculous! Queues outside the doors waiting for opening time featured kids dressed in Hogwarts character costumes, madly waving wands to ‘Alohomora’ (open a locked door).

The joy was contagious, and for we Librarylanders, it was so heartening to see kids dumping screens and actually reading a book. Just brilliant!

What dates have stuck with you? How have they changed your life?