Conference hears older Australians being confined, drugged ‘for their own good’ 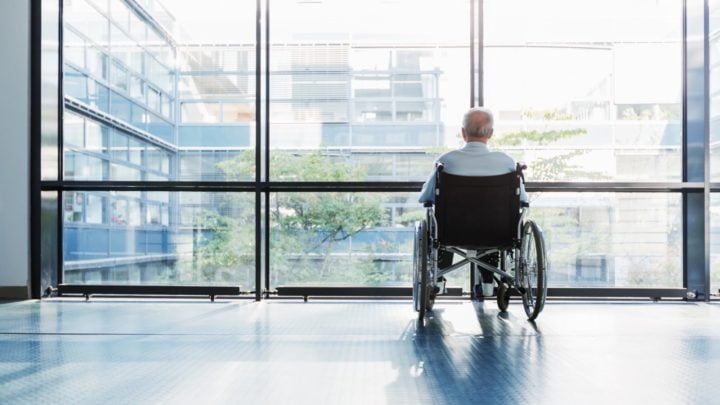 It was revealed at this week's Elder Abuse Conference that older Australians are being confined and drugged 'for their own good'. Source: Getty Images

Men and women are confined “for their own good”; fed psychotropic drugs as a chemical restraint; put into a chemical straightjacket. Gradually the light fades from their eyes, they rarely go outside to bask in the sunlight, they are frequently overmedicated to the point of death. Their pleas to return to their homes fall on deaf ears.

You could be forgiven for asking what crime they committed to warrant such treatment, or for thinking they are victims of an oppressive regime. You may even think this is the scenario for a new novel along the lines of George Orwell’s 1984.

Sadly, you are wrong. This is where our elders can find themselves for no more horrendous crime than growing old. I say our elders, but do you know an elder is defined for these purposes as someone over the age of 65?

What I described is already happening; could happen to you, to me, or to anyone we know over the age of 65 deemed no longer able to care for themselves. Not here you say!

Let me give you an example. Despite mild dementia, Elder George (not his real name) lives alone in a unit. His personal hygiene is good, his home is clean, he eats regularly and his neighbours have no concerns for or about him. George feels a little pain in his chest; it’s not severe, but nonetheless, George decides to see his doctor. Whilst waiting for the lift, he passes out.

George had a heart attack, but this was the least of his worries when he woke up in a locked ward of the hospital. Without consulting him, the decision was made that George was incapable of looking after himself and needed secure care. If you think it’s difficult to find an aged care place, try leaving after a well-meaning person decides you are no longer capable of living alone.

What protection do George, you or me have against being denied our basic human rights? There are of course laws which cover wrongful imprisonment, which protect our rights to live peaceful lives without interference, but when the person is elderly, perhaps in early dementia, our rights may be overridden “for our own good”.

“The proposed Convention on the Rights of Older Persons is likely to be the next major human rights treaty adopted by the United Nations … The focus of the treaty will be persons over 60 years of age, which is a growing demographic worldwide due to increased population ageing.”

Why do we need such a convention, or for that matter even special laws to protect our older citizens? Let me just say, the same laws which protect older Australians were supposed to protected victims of domestic violence. They failed DV victims and they are failing older Australians

Some years ago I worked in an environment where we dealt with the results of financial abuse of older people. Finding one type of abuse frequently lead to the discovery of other forms of abuse, emotional, sexual, physical. I recently attended the National Elder Abuse Conference. This conference brought the most passionate advocates for protecting the rights of older people together with members of the community.

Now, most of us, even it the definition applies (i.e. 65-plus is elderly) are still quite capable of defending our rights, but for those who aren’t, we not only need the experts, we, the community, need to be aware of what is happening and to make our views known.

There are two words which do not belong in the same sentence; it is an aberration that one is used as an adjective to the other in the term ‘Elder Abuse’. We can’t sit back and wait for them to change things, we need to be the change.

Do you know of instances of financial, physical, sexual or emotional abuse of an older person? Would you know who to contact to discuss such instances?

The author attended the National Elder Abuse Conference as a guest of Aged and Disability Advocacy Australia (ADA Australia). ADA Australia is a not-for-profit, independent, community-based advocacy and education service supporting and improving the wellbeing of older people and people with disability. The opinions shared in this blog are the author’s own.